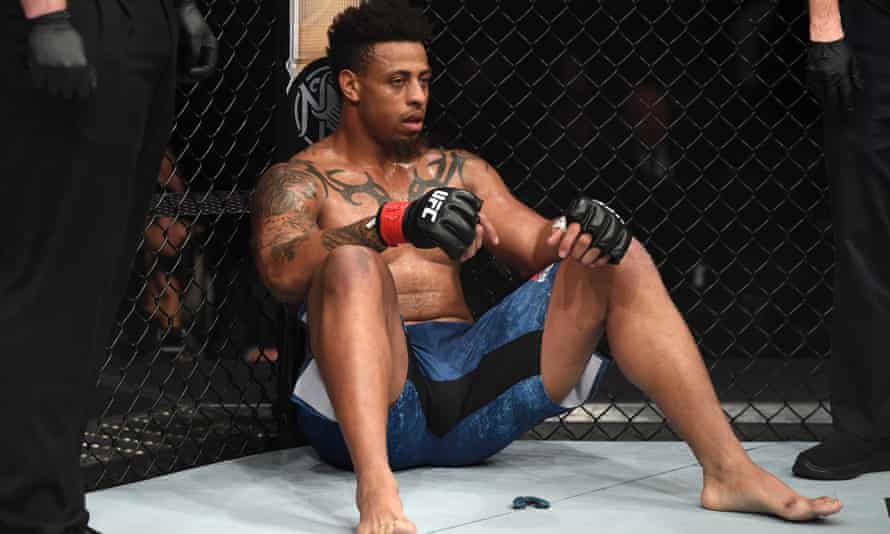 Since joining the UFC in 2019, he has amassed a record of 4-3-1, a record filled with controversies and storylines.

As normally accustomed, the UFC held a media day ahead of this momentous pay-per-view event and Hardy did not hold back when sharing his feelings about incoming interim heavyweight title challenger Derrick Lewis.

Hardy was asked who he believed would win this highly anticipated interim title match between Lewis and Ciryl Gane and Hardy’s answer was staunch and to the point, touting Lewis as “fat” and predicting Gane will win.

While talking to MMA Junkie, Hardy said, “I can’t support fat. I can’t do it. He’s gelatinous. He’s lazy. I can’t root for him. He’s a great fighter but I refuse to do it. Plus, he talks too much trash about me.”

The latter part of his statement stems from a comment Lewis made in 2018 when asked if he would fight Hardy, candidly and openly responding affirmatively due to Hardy’s checkered past with domestic violence.

He went on to say, “He ran his mouth. Say my name and I’m coming for you. The boss is going to send me. That’s a guy that wasn’t mentioned but decided to grace his fat, Popeyes, greasy chicken lips with my name when I was a peasant, when I was a young child. What it would look like for me to go attack somebody that just came off the Contender Series right now? You’d be like, ‘Oh, he’s childish.’ But you guys let that man gyrate and beat little me? Nah, he needs to be handled.”

If you are interested in the full interview from media day:

With Greg Hardy having the biggest fight of his life coming up on yet another grand stage, will be able to silence the naysayers?