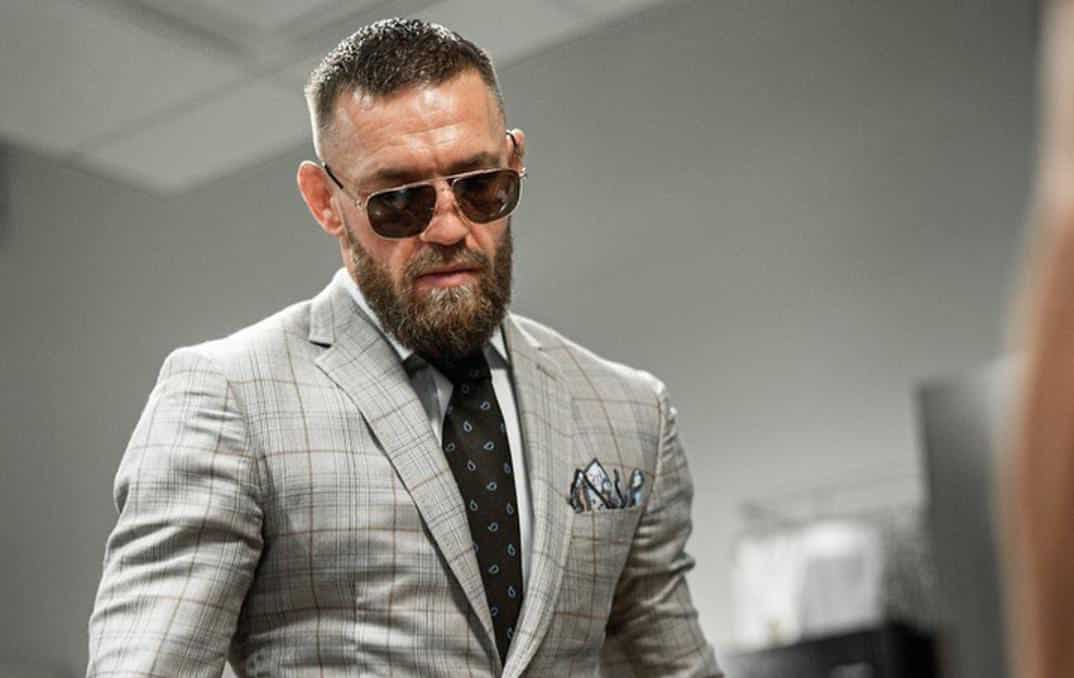 The animosity toward former UFC lightweight champion, Khabib Nurmagomedov from past-foe and arch-rival appears to be still palpable despite the former’s recent retirement, and the latter’s upcoming UFC 264 clash with Dustin Poirier.
McGregor, who headlines the promotion’s return to the T-Mobile Arena this weekend in Las Vegas, Nevada — battled with arch-enemy, Nurmagomedov in the main event of UFC 229 back in October of 2018 for the lightweight championship.

In the midst of a massive spat, which crossed both religious, personal, and moral grounds, McGregor eventually suffered a fourth round neck crank defeat to the undefeated Dagestani sambo ace, and following the blemish, a brawl between both corners took place, resulting in the suspension of purse for Nurmagomedov.

For McGregor, the Dubliner returned earlier this year in January — matching with the above-mentioned, Poirier in a rematch seven years in the making following their September 2014 clash, ultimately suffering a second round knockout defeat.

Prior to his defeat to Poirier, UFC president, Dana White had transparently attempted to pursue a potential rematch between Nurmagomedov and McGregor, with footage emerging which showed White asking Nurmagomedov to envision what time of numbers a rematch between the two would generate, despite his decision to retire.

Speaking with BT Sports reporter, Ariel Helwani ahead of his rubber match with Poirier this weekend, McGregor claimed that he doesn’t care about Nurmagomedov anymore, but maintains that the Dagestan native didn’t achieve anything special in the sport, and “scurried away like the rat he is“.

“I don’t really give a f*ck about that guy (Khabib Nurmagomedov) to be honest with you,” McGregor replied when asked if he’s still hopeful of earning a rematch with Nurmagomedov. “I mean, he ran — he’s gone, he’s bleedin’ — what did he do, he didn’t do f*ck all in the sport in my opinion. Three wins on the trot, before that he pulled out of bleedin’ everything.“

“He had a little run and dipped out — showed his true character,” McGregor continued. “It’s not that I wasn’t surprised. He scurried away like the little rat that he is. He’s not — I’m not, I’m not even concerned (about him).“