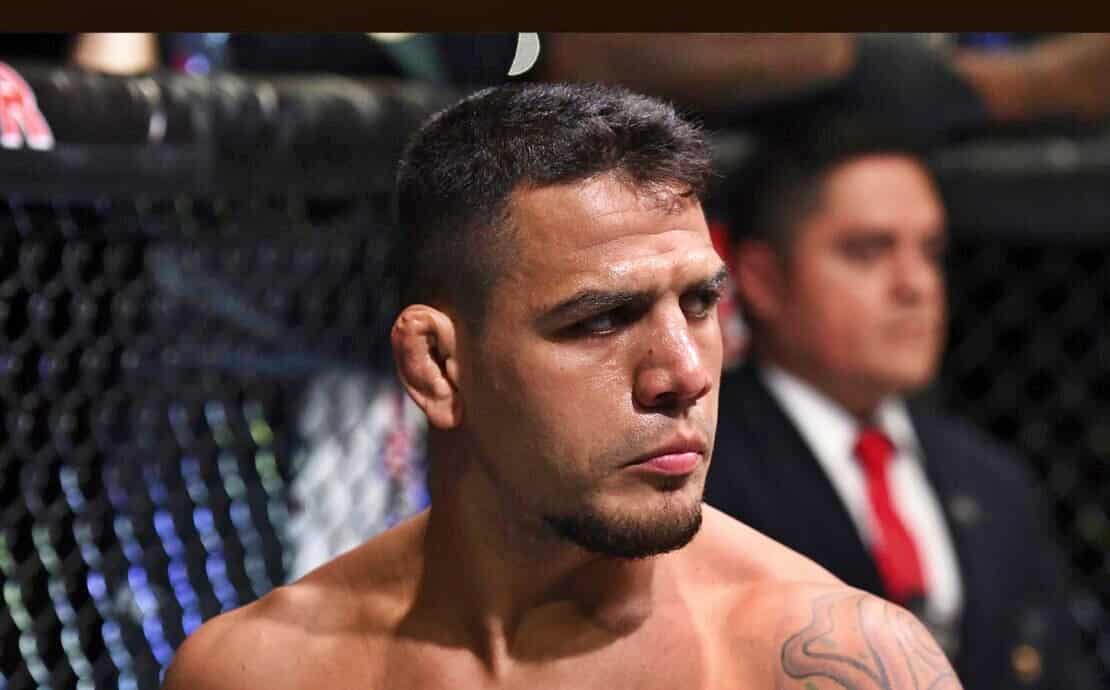 #7 ranked UFC lightweight contender and former division champion, Rafael dos Anjos has confirmed that he will be serving as the replacement fighter for this weekend’s UFC 264 headliner between fellow former champions, Dustin Poirier and Conor McGregor.

Niteroi native, dos Anjos confirmed to Combate reporter, Evy Rodrigues that he is currently in Las Vegas, Nevada per request from the UFC, and yesterday, was seen at the fighter hotel cutting weight alongside his team, in the eventuality that his short-notice services are required by the promotion.

Whilst a backup fighter was never officially announced by the UFC, akin to recent title challenger, Michael Chandler’s October trip to Abu Dhabi, UAE to serve as the backup to Khabib Nurmagomedov vs. Justin Gaethje, speculation suggested this week that dos Anjos would serve as Saturday’s backup fighter.

With rumours swirling regarding dos Anjos’ potential inclusion, the aforenoted, McGregor claimed that the UFC should put the Niteroi native in the Octagon at the same time as Poirier — taking on all comers; “Put (Rafael) dos Anjos in at the same time.“

dos Anjos and McGregor were once scheduled to meet in the main event of UFC 196 back in March of 2016, where then-defending lightweight titleholder, dos Anjos was set to attempt his second defence of the crown against then-featherweight best, McGregor. In the weeks leading up to the main event clash, dos Anjos suffered a broken metatarsal in his foot during sparring — resulting in his removal from the headliner and the shelving of the bout altogether.

Returning to the lightweight limit back in November of last year, dos Anjos was scheduled to meet with the surging, Islam Makhachev, until a staph infection ruled the Russian from proceedings. In turn, former champion, dos Anjos met with the recently-retired lightweight division mainstay, Paul Felder — scoring a split decision victory.

30-13 as a professional, 36-year-old finisher, dos Anjos has notched five knockout wins in his professional career, as well as a further 10 submission stoppages.

Back in March of 2015 at UFC 185, dos Anjos managed to score the championship with a one-sided unanimous judging win over Anthony Pettis, before besting two-time opponent, Donald Cerrone that December with a quickfire first round knockout.