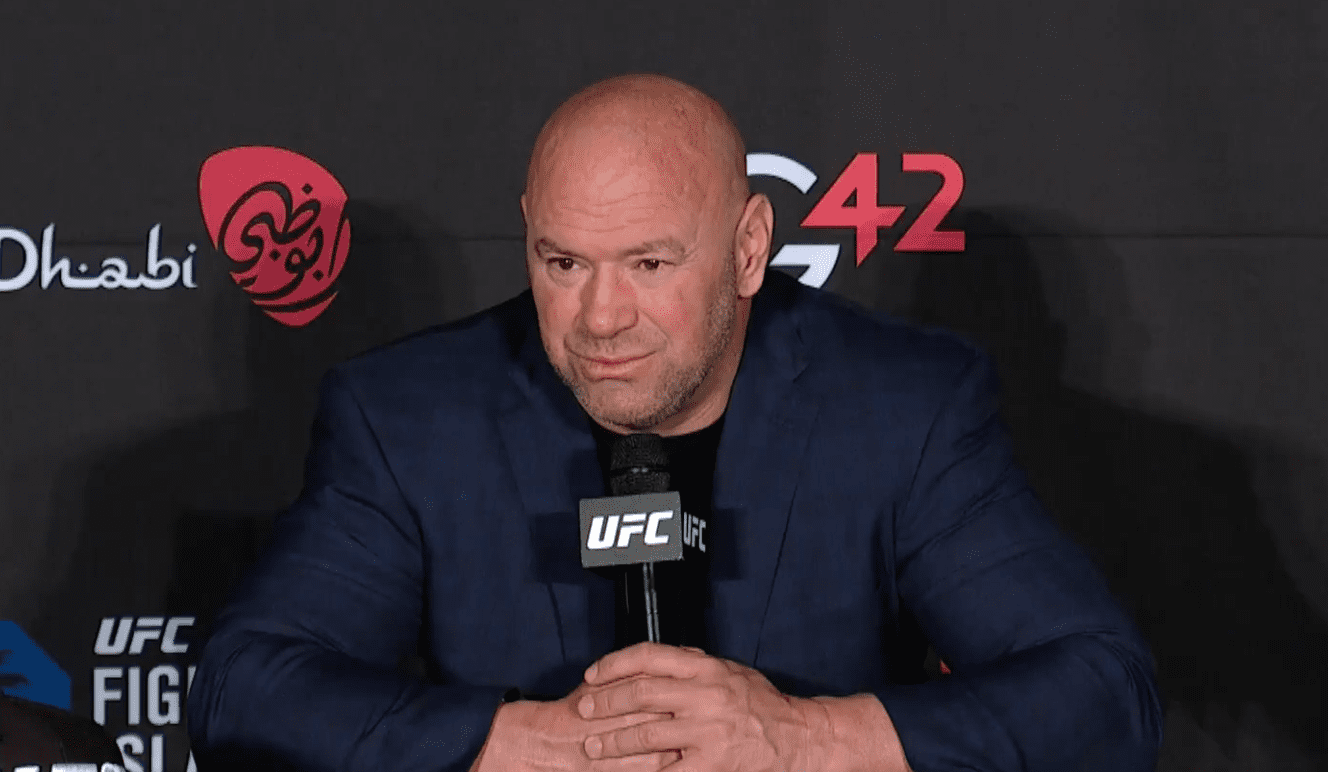 The rivalry between Conor McGregor and Dustin Poirier is far from over.

That was evident in the post-fight interview where after McGregor suffered a first-round TKO defeat to Poirier in the UFC 264 headliner on Saturday night, he continued to mock Poirier and his wife, Jolie.

Of course, the reason for the TKO defeat was McGregor seemingly breaking his ankle towards the end of the first round after getting rocked by Poirier. UFC president Dana White later confirmed it was a tibia injury and that the Irishman would have surgery in the morning.

When McGregor is healed up, he will seemingly get a fourth go with Poirier. Poirier, meanwhile, will likely face current lightweight champion Charles Oliveira next.

“White says that Poirier will face Oliveira next and will go from there. White: ‘Poirier will do his thing until Conor’s ready’”

As for McGregor’s comments about Poirier’s wife, White had this to say:

“Leave people’s family and wives out of it. Family has nothing to do with it.”

What do you make of White’s comments? Is McGregor deserving of another fight with Poirier after losing two in a row to him?