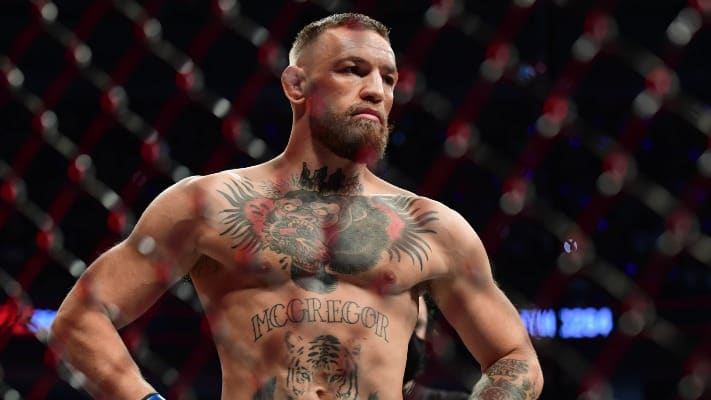 As Conor McGregor begins the preliminary stage of his recovery from a lower leg fracture he suffered at UFC 264, he’s speaking out and giving an insight as to what his physical state was like entering the octagon against Dustin Poirier.

The trilogy bout between McGregor and Poirier ended in an unusual fashion after one round of action, after McGregor’s left leg collapsed from underneath him after suffering a serious leg break. The fight was ruled a doctor’s stoppage win for Poirier, who will now be the first title defense for lightweight champion Charles Oliveira later this year.

McGregor hasn’t made any big media appearances since the events of UFC 264, but he recently posted a series of videos on his Instagram page describing his road to recovery and the troubles he ran into when preparing for the fight.

“Everyone keeps asking me at what point did the leg break?” McGregor said. “Ask [UFC president] Dana White, ask the UFC, ask Dr [Jeffrey] Davidson, the head doctor of the UFC. They knew… I had stress fractures on my leg going into that cage. There was debate about pulling out because I was sparring with no shin pads and I kicked the knee a few times, so I had multiple stress fractures in the shin bone above the ankle.”

McGregor underwent surgery for a fractured tibia at a Las Vegas hospital directly following the event, leaving the UFC octagon on a stretcher. This was the first time that McGregor had suffered a serious injury while competing.

McGregor is expected to have his impacted leg immobilized for the next 6-12 weeks, and it is widely anticipated that he won’t be able to return to competition until sometime in early 2022.

What are your thoughts on Conor McGregor’s latest comments?