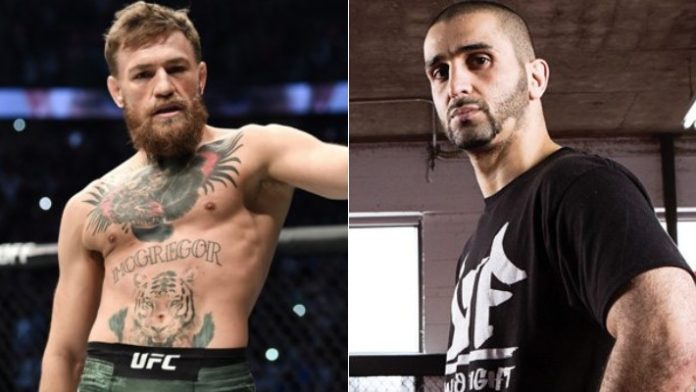 Tristar head coach Firas Zahabi has been appalled at the behavior of Conor McGregor recently and ultimately questioning why so many people are fans of him still.

McGregor took an aggressive approach to build up the fight and ended up dragging Dustin Poirier’s wife into his trash talk before and after the fight, raising the level of animosity between the two fighters.

“I was really grossed out,” Zahabi said on the Tristar Gym YouTube channel. “I don’t know how you guys can be fans of this man. I respect him as a fighter. I respect his skills – I can’t deny that. But the way he behaved at the press conference was just horrible.”

Zahabi believes McGregor is surrounded by yes men who will let him do whatever it be, verbally or physically. Unfortunately, this may be the leading cause of the downfall for the Notorious One.

“If Conor McGregor has one true friend in this world … maybe he’s just surrounded by people who just want his prestige and money and they just want what they can get from him,” Zahabi said. “But if he has a single true friend in this world, that true friend is going to take him behind closed doors and tell him, ‘Look, the way you’re behaving – it’s stupid. You’re making yourself look bad. You’re embarrassing us, your family, your friends.’ It’s just a humiliating way for a true martial artist, a warrior to behave.

While being surrounded by yes men can certainly be an issue in McGregor’s camp, Zahabi believes his inability to accept losses and move forward gracefully is something that might ultimately destroy McGregor’s legacy.

“I think McGregor suffers from narcissism – heavily, heavily narcissistic,” Zahabi said. “And unfortunately for him, he can’t see that he’s at fault. That’s why he needs a true friend or family member to step in and kind of sober him up a little bit because honestly, all he did was embarrass himself. You’ll never see a fighter behave like this.

“He’s the only guy that even if he loses, he can’t take it. He can’t look in the mirror and say, ‘You know what? That wasn’t my fight. It didn’t go my way. I lost. Here’s what I have to do to improve. This is how I better myself.’ No, no, no – in his mind, ‘It was a freak accident. There was no check. You were going to get a beating in the second round.’ It’s just nonsense. Pure nonsense. Not only has his skills as a fighter dipped, but also his character.” (Transcribed by MMA Junkie)

The downfall of McGregor’s reputation is something that can be fixed. We’ve seen him lose gracefully and carry himself like a champion when he did so. Can he reclaim that self belief he once had? Can he become graceful once again? That’s a question very few people ultimately know.

Do you agree with Firas Zahabi? Did Conor McGregor behave appallingly at UFC 264?