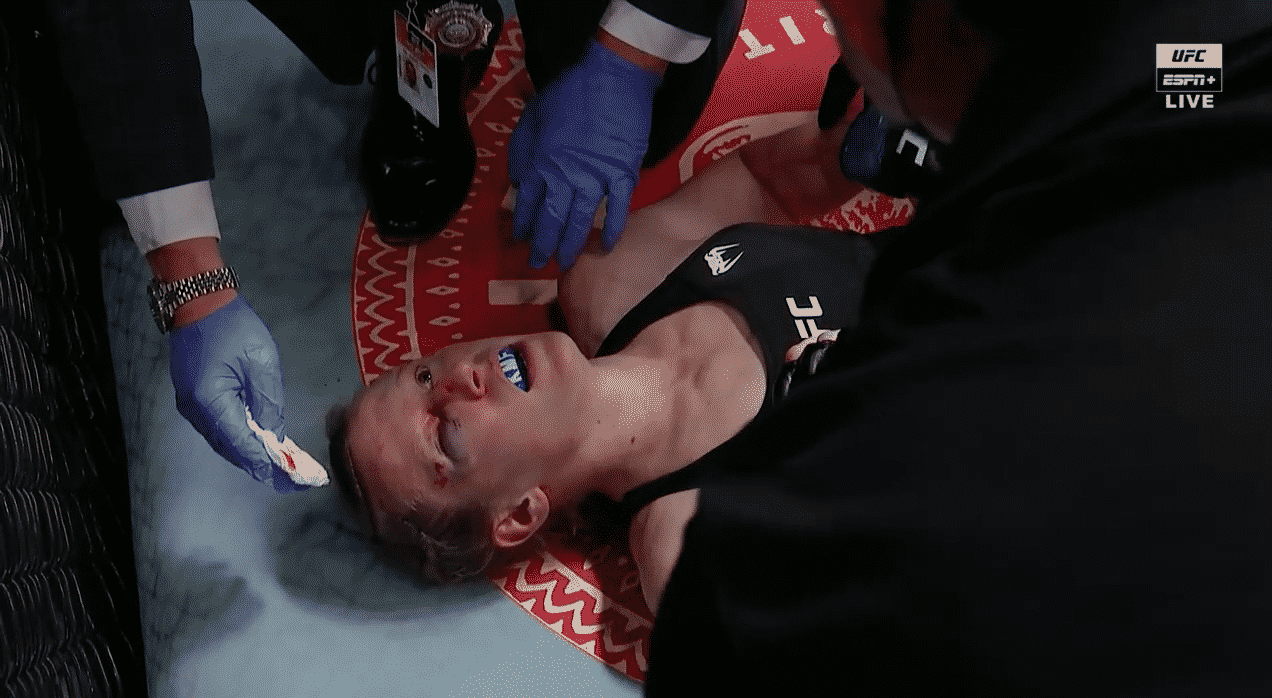 Former UFC bantamweight challenger, Sijara Eubanks has landed back at the flyweight limit with a victory — stopping promotional newcomer, Elise Reed with a series of flurrying ground strikes in the opening round of their UFC Vegas 32 preliminary bout.

Eubanks, a contestant on The Ultimate Fighter 26 back in 2017 — returned to the flyweight limit for the first time since November of 2018 at UFC 230 where she scored a unanimous decision win over veteran division mainstay, Roxanne Modafferi.

Immediately imposing her will and sheer size advantage inside the Octagon, the Massachusetts native secured an early takedown against Reed before unloading with a series of ground strikes.

With just over a minute and change remaining in the opening round, the 36-year-old forced referee, Mark Smith to call a halt to proceedings as she winged at Reed with multiple hooks having sliced and blackened the latter’s right eye with elbows earlier in the round.

Below, catch the highlights from Eubanks’ devastating victory over Reed.

Ballon d´Or: Lionel Messi unsure if his record haul can be beaten after seventh crown