His Family Are Louisiana Swamp Trash 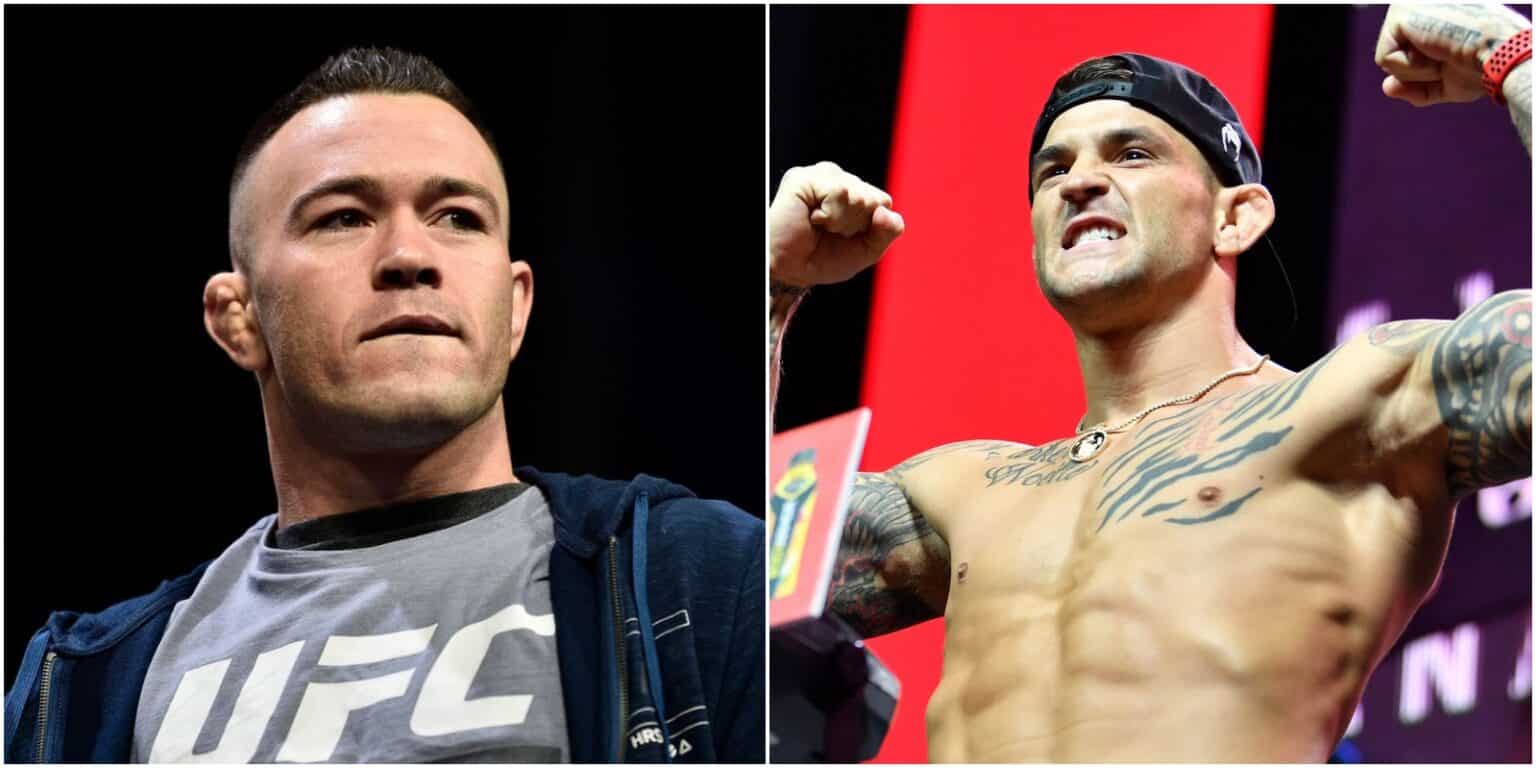 With a UFC welterweight title rematch against Kamaru Usman on the horizon at UFC 268 — former interim gold holder, Colby Covington has voiced his interest in a grudge match against former American Top Team training partner and former interim lightweight champion, Dustin Poirier after his November pairing with Usman.

Initially headlining UFC 246 in December of 2019 against Usman, Clovis native, Covington suffered an eventual fifth round knockout loss to the defending champion. And off the back of a UFC Vegas 11 victory over Tyron Woodley last September, now meets with Usman again in a title re-run — with Madison Square Garden in New York City targeted to host the November rematch.

Despite appearing to have his hands full with the surging, 18-fight undefeated champion, Usman, MMA Masters trainee, Covington voiced his interest in a grudge match against Poirier during a recent interview with Submission Radio.

“There’s only one fight to make after I absolutely destroy Marty Fakenewsman (Kamaru Usman) and dump him on his head and give him a wedgie, live at Madison Square Garden on November 6th.,” Covington said. “The only fight to make is me and Dustin ‘The Soy Boy’ Soyrier (Dustin Poirier). That’s the only fight guys. Him and his family are Louisiana swamp trash. Him and his little jezebel of a wife. Him and his little kid that he uses as a prop, like he’s a family man. The fake charity guy — which is a write-off for his business, that doesn’t really donate that money to kids and people, he’s just using it as a tax write-off.“

“He’s a fake nice guy on camera,” Covington continued. “He’s a piece of sh*t off camera. I’ve seen this guy. I know how he is. I’ve seen how he treats other people. He’s a piece of sh*t. he’s a dirtbag. I’m gonna expose him. He said it was on sight. I thought it was on sight, guys? Why is he quiet now? Because he knows I’m coming for him and he knows he’s not a man of his word. He talked all this sh*t in the media, ‘Oh, It’s on sight when I see Colby (Covington)’. I’ve seen him 50 times since then and he walked right away. He put his eyes down and he walked right past me like the good little b*tch that he is. So, I am Dustin ‘Doofus’ Soyrier’s daddy. His little jezebel of a wife, Jolie, his little prop for his family. That’s the only fight to make after I destroy Marty Fakenewsman on November 6th.“

While Covington appears to be fixated on settling his differences with Covington in the Octagon, the former is primed to challenge for undisputed lightweight gold before the end of the year opposite Charles Oliveira following his first round doctor’s stoppage win over Conor McGregor at UFC 264 earlier this month.