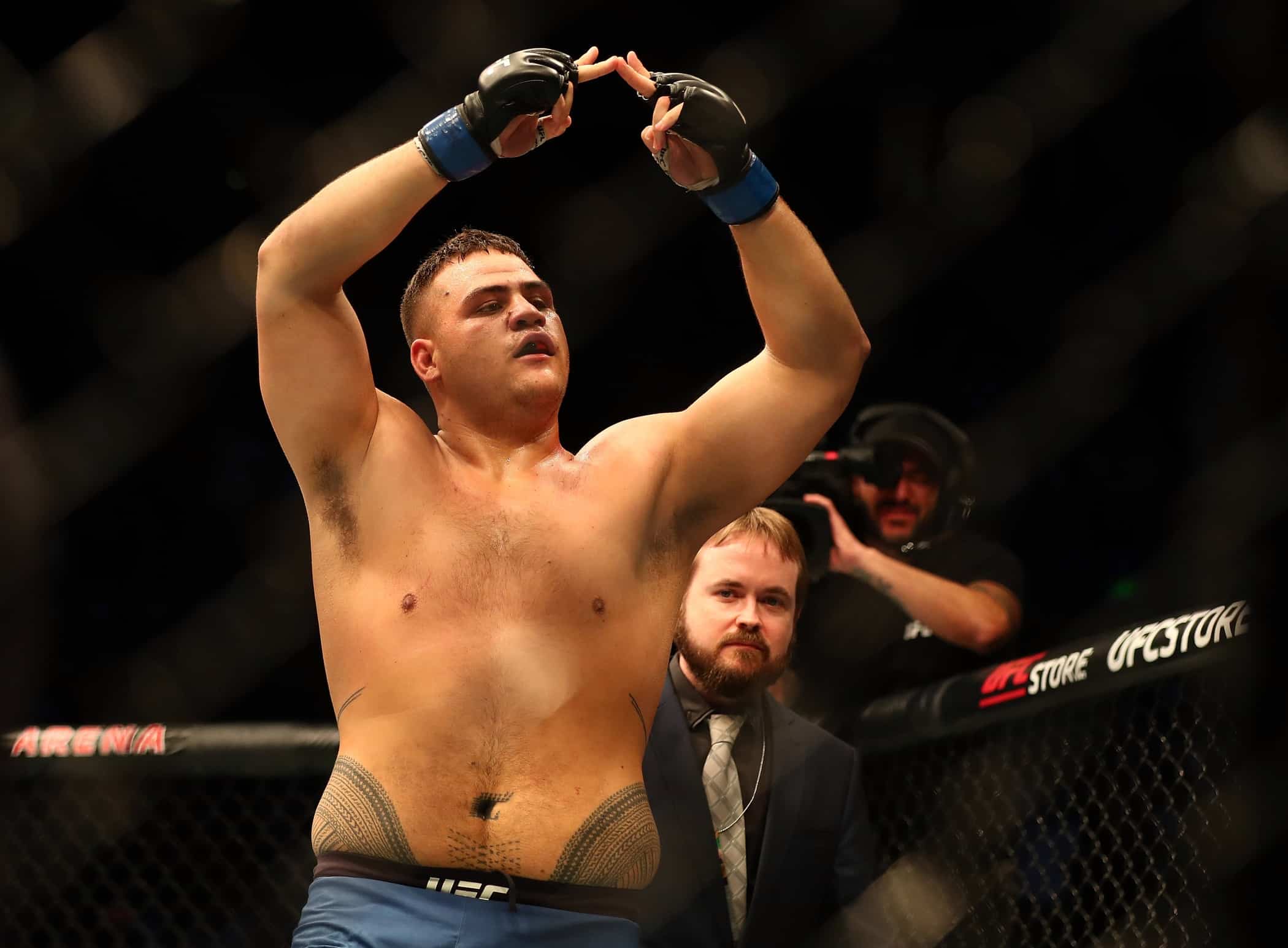 The event is scheduled for October 30th in Abu Dhabi. It will be the first time the UFC returns to “Fight Island” since January of 2021. The fight announcement was first reported by MMA Junkie.

The event is headlined by Jan Blachowicz defending his light heavyweight title against Glover Teixeira. Aljamain Sterling is set to rematch Petr Yan for the bantamweight title in the co-main event on that card as well. Undefeated prospect Khamzat Chimaev is also set to make his return after a long battle with COVID-19 against Li Jingliang.

Tuivasa has been on a hot streak lately, winning three straight all by first round knockout. This follows a stretch where he lost three in a row as well. He is also known for doing a ‘shoey’ after winning fights. That is where he grabs a random fans dirty shoe, pours a beer in it, spits in it, and then proceeds to chug it out of the shoe.

On the other side, Harris is enduring the worst form of his UFC career so far. He was lost three straight, all by first or second round stoppage. Harris has been dealing with a lot of personal trauma during this time as well. In 2019 his step daughter was kidnapped and murdered after shopping at a convenience store in Alabama.

Who do you think will walk away with the win at UFC 267? Tai Tuivasa or Walt Harris?