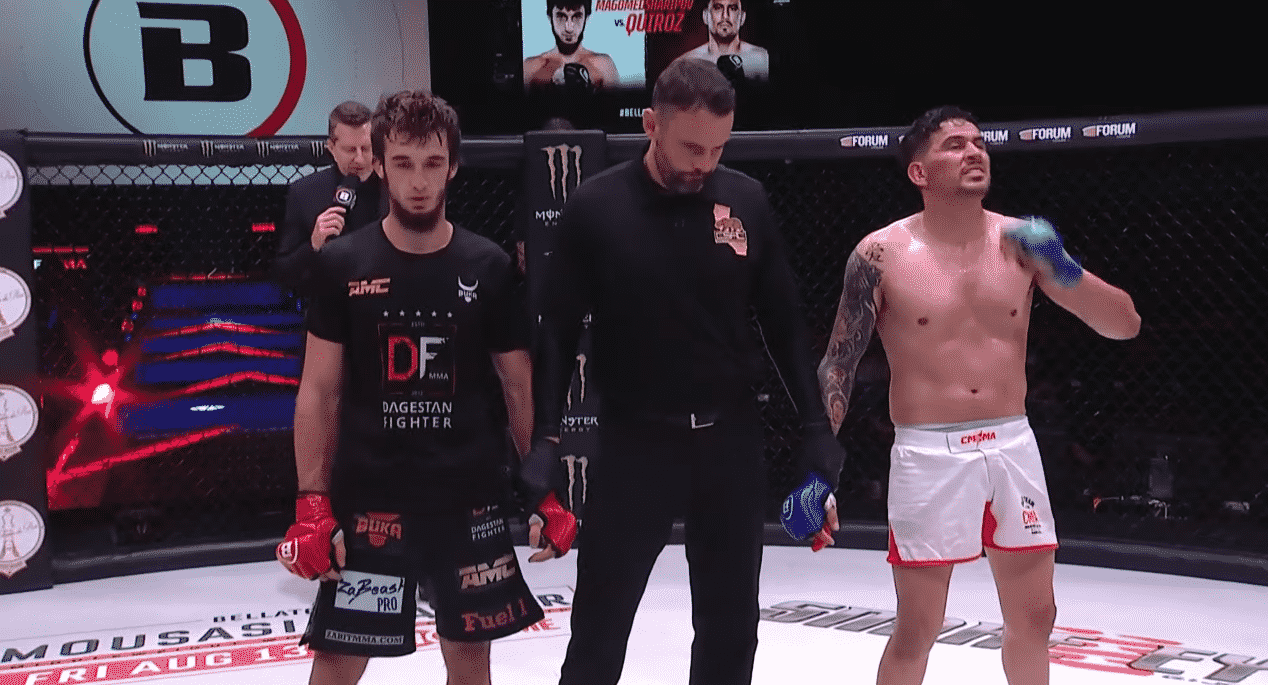 Khasan Magomedsharipov, the younger brother of UFC featherweight standout, Zabit Magomedsharipov has successfully landed in the Bellator MMA cage with a victory — stopping Jonathan Quiroz with an eventual second round ground-and-pound stoppage at Bellator 263.

Utilising some dynamic movement early in the opening round as well as clinching effectively, Magomedsharipov managed to take home an eventual second round ground-and-pound stoppage victory over Quiroz to score a stoppage win in his first bout under the Scott Coker-led Bellator MMA banner.

With the victory, the Dagestani improves to 6-0 as a professional mixed martial artist. The stoppage comes as the Makhachkala native’s fifth in the sport.

Below, catch the highlights from Magomedsharipov’s stoppage win over Quiroz.