No Need For Interim Heavyweight Title At UFC 265 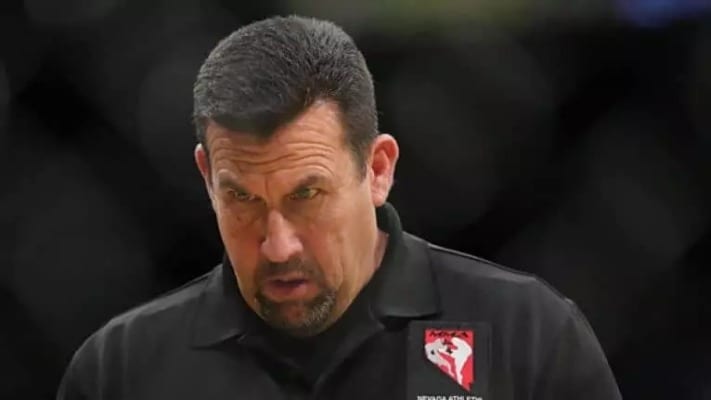 Add Big John McCarthy to the list of people perplexed as to why Ciryl Gane and Derrick Lewis are competing for an interim title.

The pair are set to collide in the UFC 265 headliner next week for the interim heavyweight title with the winner expected to face current champion Francis Ngannou next.

However, Ngannou is not injured and only won the title back in March. But because he could only compete in September rather than August, the UFC decided to go ahead with an interim title fight.

Many were confused with the decision making process from the promotion, including Ngannou himself, and McCarthy believes there was no need for an interim title at all.

“I have no problem with an interim title when you have a champion that’s out, you have a champion who is hurt and can’t compete. You don’t want that division put on hold,” McCarthy said (via Middle Easy). “This is the one time where I’m going to look and say I think the UFC is wrong. Most of the time I think they’re right with their interim titles, but this one makes no sense, because it doesn’t matter who wins this fight, be it Ciryl Gane or be it Derrick Lewis.

“They’re both very good fighters, and I really enjoy watching both of them. I’m not going to consider them a heavyweight champion. There’s a guy named Francis Ngannou that’s sitting there, and he’s waiting, and he’s got the real belt. It doesn’t matter what happens in this fight.

“You can take Francis Ngannou and not even have Derrick Lewis and Ciryl Gane, and put Jon Jones, and if Jon Jones wins, Jon Jones is going to be the heavyweight champion. It doesn’t matter who wins this fight, and that’s why it doesn’t make sense for me. As an interim championship, there was no need for it.”

On the flipside, it is just an interim title and the winner will go on to get pay-per-view points whenever they do eventually face Ngannou.

However, it is still extremely unnecessary and petty given that Ngannou reportedly stated he was ready to face Lewis in September.