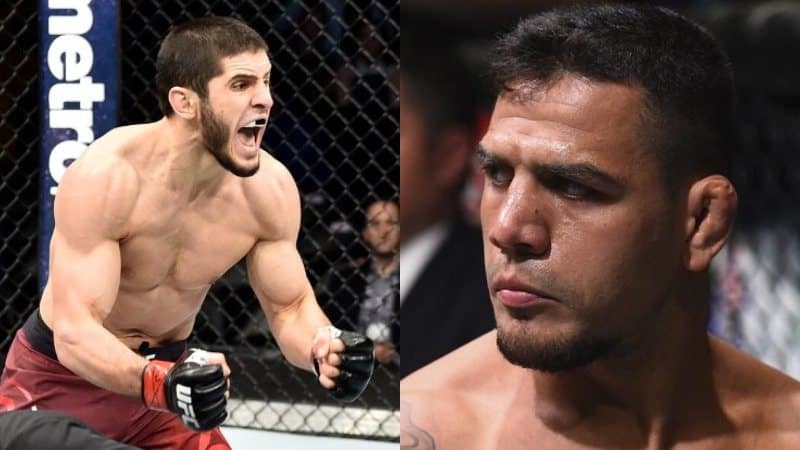 The bout had already been verbally agreed to when dos Anjos tweeted it out about a week ago. MMA Fighting confirmed the bout is official for October 30th in Abu Dhabi.

Makhachev has been on an eight-fight win streak for the past five to six years. He was known early in his career for being the boring wrestling type but has clinched two finishes in his last fights. He is coached by lightweight legend and former champ at 155 pounds, Khabib Nurmagomedov. Makhachev’s last fight was one of his most complete as an MMA fighter. He dominated almost every aspect of the fight against Thiago Moises and won by forth round submission.

Rafael dos Anjos has been up and down in recent years since being lightweight champ in 2016. He had a decent run at welterweight after that and even got an interim title shot against Colby Covington in 2018. However, he has only won two of his last six fights but recently returned to lightweight victorious. He won a split decision against Paul Felder in November of 2020. This match up between dos Anjos and Makhachev has been scheduled and cancelled twice before this announcement.

The event itself is starting to shape up nicely. UFC 267 is headlined by Jan Blachowicz defending his light heavyweight belt against Glover Teixeira. The co-main event sees bantamweight champ Petr Yan defending his belt again against Aljamain Sterling. Also featured on the card is the return of prospect Khamzat Chimaev from his long battle with COVID-19. A tasty heavyweight bout between Walt Harris and Tai Tuivasa is also scheduled for that card.

Who do you think comes away with a big win at UFC 267? Islam Makhachev or Rafael dos Anjos?