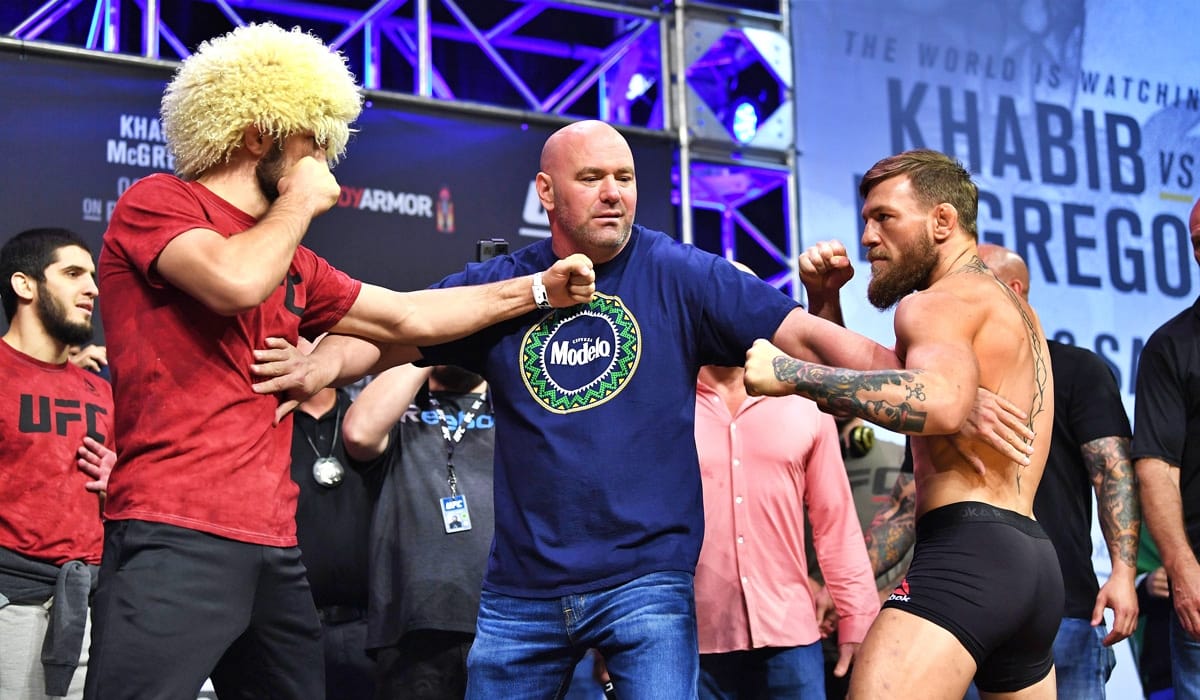 Former undisputed UFC lightweight champion, Khabib Nurmagomedov has given his thoughts on the recent tweet deleted by former two-weight champion and bitter-rival, Conor McGregor — which appeared to mock the passing of his father, Abdulmanap Nurmagomedov last July following a brief battle with the novel coronavirus.

Khabib, who called time on his professional mixed martial arts career following a successful title unification win over then-interim interim champion, Justin Gaethje back in October of last year, cited a promise he had made to his mother, explaining how he had promised not to make another Octagon walk without his late father by his side.

Despite some transparent persuasion attempts from the UFC and its president, Dana White, Khabib officially vacated his lightweight championship in March of this year, before he was removed from the official lightweight rankings as well as the pound-for-pound list, where he was seated as #1.

Last week, McGregor drew mass criticism for his decision to post and eventually delete a tweet appearing to mock the passing of Abdulmanap Nurmagomedov last year.

In response to Khabib, who had claimed that good had defeated evil after common opposition, Dustin Poirier bested McGregor via a first round doctor’s stoppage at UFC 264 last month, McGregor questioned if COVID-19 was “good” for “defeating” Khabib’s “evil” father.

Deleting the tweet about 20-minutes after it was initially posted, it appears McGregor has also pulled a prior tweet offering his condolences to Khabib and the Nurmagomedov family following the passing of Abdulmanap last July.

Speaking with TMZ Sports recently, Khabib was asked if he believed McGregor has crossed the proverbial line with his mocking tweet, to which he replied “I think so“. When asked for his thoughts about the tweet, Khabib described the post as “terrible“.

Khabib and McGregor shared one of the most heated rivalries in recent Octagon memory ahead of their October 2018 lightweight title fight at UFC 229, which involved a bad-blooded pre-fight press conference, a physical confrontation at the event’s weigh-in, as well as a post-fight brawl between Khabib and McGregor’s corner, and McGregor and Khabib’s corner.

Dropping the Dubliner with a massive overhand right shot in the second round, Khabib utilized his wreslting and top-heavy grappling from the opening round to eventually lock up a fourth round neck crank submission win, successfully defending his lightweight title for the first time.

In the time since, McGregor has fruitlessly pursued a rematch with the undefeated Sambo specialist, and is currently recovering from surgery in Beverly Hills, California after he suffered a fractured left tibia in his first round loss to Poirier at UFC 264.