Four drivers were called to the stewards after the race for wearing t-shirts during the Hungarian national anthem. They included Sebastian Vettel, Valtteri Bottas, Carlos Sainz and Lance Stroll. For all drivers involved, this is their first reprimand of the season.

What is a reprimand, I hear you ask? They are given to a driver if they’ve done something that might have broken the rules or is noted as being naughty but without a slam dunk penalty. Get three reprimands over a season, and you earn yourself a ten-place grid penalty.

As explained in F1’s sporting regulations, “the ten grid place penalty will only be imposed if at least two of the reprimands were imposed for a driving infringement.”

His response: “I’m happy if they disqualify me. They can do whatever they want to me, I don’t care. I would do it again.”

These reprimands were “Non-driving” and related to the wearing of t-shirts during the national anthem, which is not allowed.

With the “We Race As One” message that F1 is keen to promote before every race, drivers can pick a top to wear that reflects a personal message or something that the drivers unanimously agree on. F1 called them “important issues” before the season started and that these issues would be “discussed with the drivers and the teams ahead of the start of the season.”

Today, Sebastian Vettel used his platform to wear a rainbow t-shirt with ‘SAME LOVE’ proudly displayed on it. Alongside other drivers like Lewis Hamilton, Vettel has been keen to show his support of the LGBTQ+ community in a country that has an anti-LGBTQ+ law. 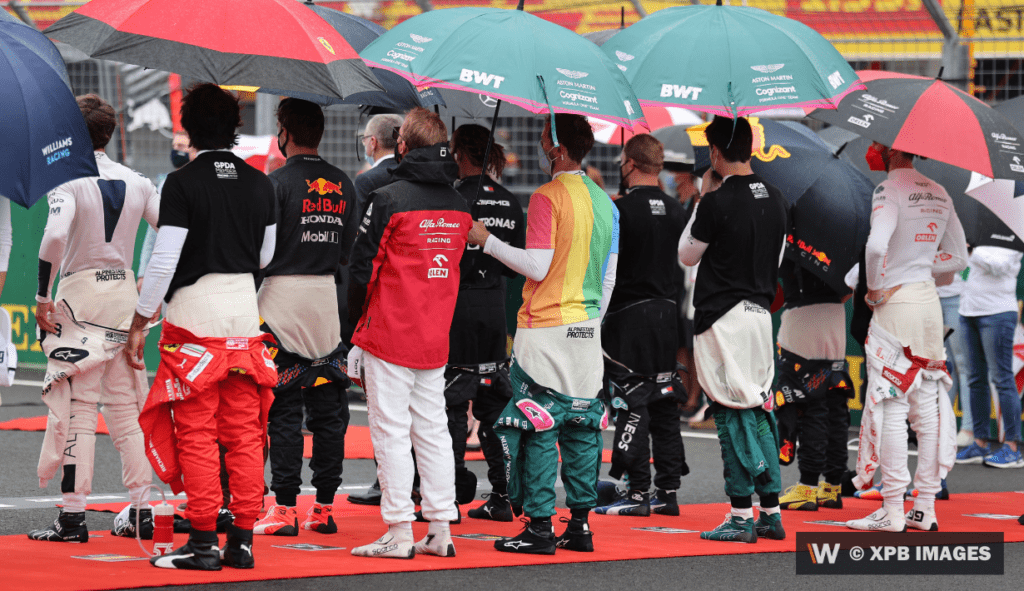 After their designated moment to bring attention to the We Race As One movement, drivers are played a siren that informs them it’s time to take off the shirt and get ready for the country’s national anthem.

Today, the drivers given the reprimand sanction failed to remove their t-shirts in time.

After speaking to the stewards, it was deemed that all drivers “forgot to take off the WRAO t-shirt in time during the national anthem because of the onset of rain.” 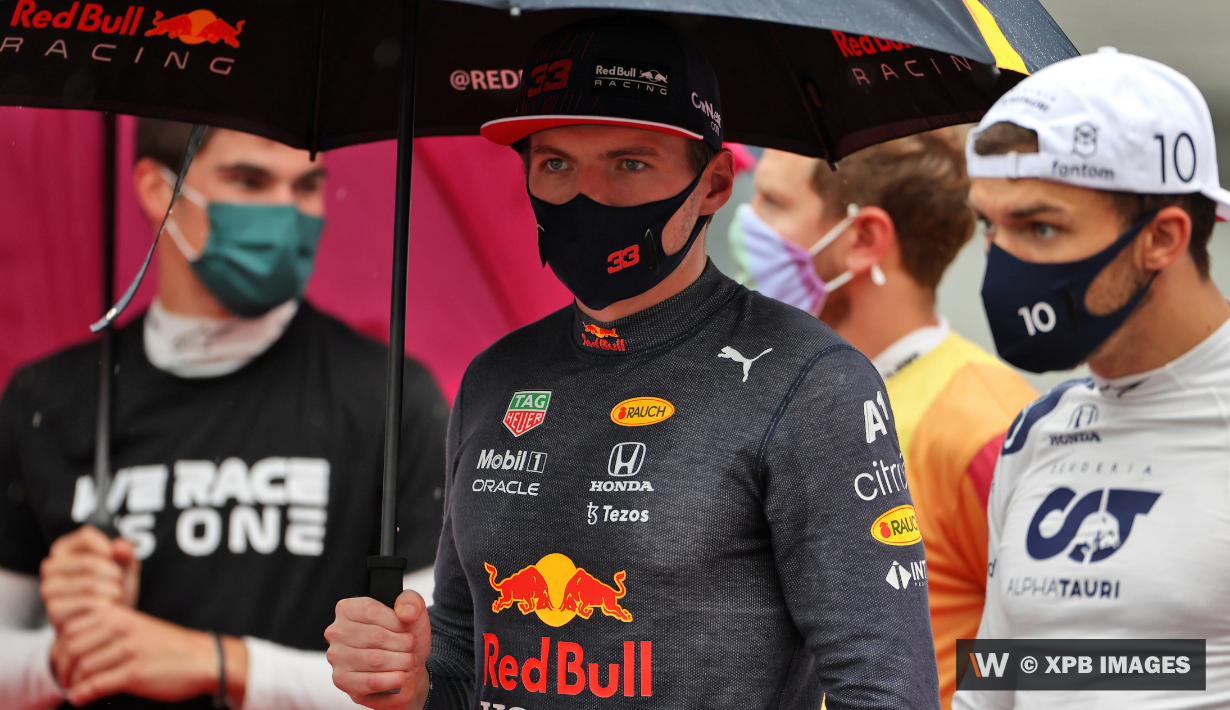 It’s true. The rain had started to fall at that time and went on to cause a crazy first lap.

Race-winner Esteban Ocon has also been given a reprimand (non-driving) for failing to park in front of the pit boards in pit lane at the end of the race. Esteban explained that “he missed the pit entry and figured that the best place to stop would be close to the pit exit. He apologised and confirmed to be more careful next time.” Bless. 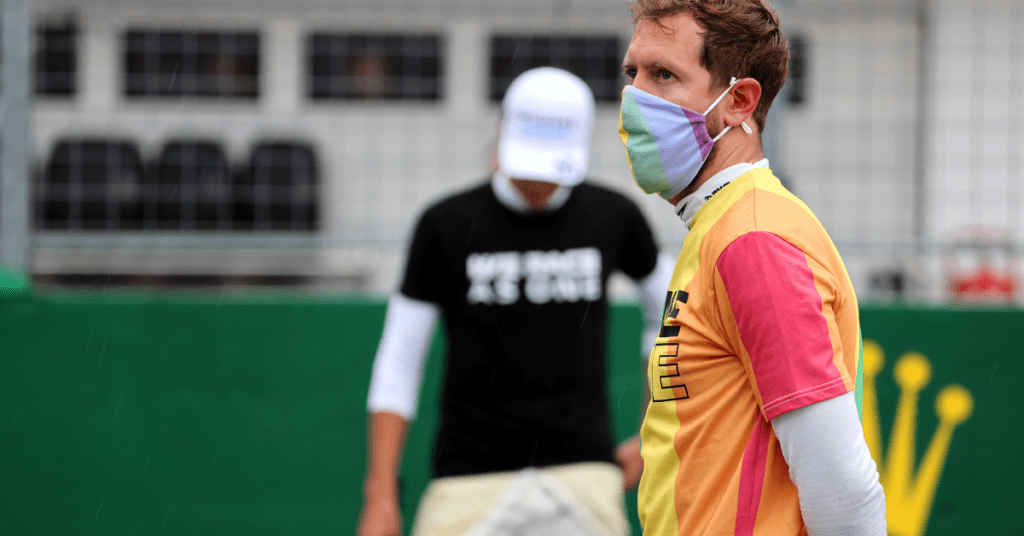