So it’s fair to say the internet lost their shit yesterday when it was announced that George Russell was going to be back behind the wheel of a Mercedes. Okay, so it was only for a Pirelli Tyre Test, but we’ve got to take what we can… right? Lots of you wanted to know what these Pirelli tyre tests actually are, so here’s a handy guide.

WHAT IS THE PIRELLI TEST?

The test is a selection of programmes for the cars so that Pirelli can understand their 2022 tyres and can make the best “product” for next year. Pirelli and their engineers control the programmes.

They get the teams to run “mule” cars and tell the driver what to do, but the run plan is all decided by them. A mule car is an old F1 car that has been modified to make it useful for a test. They make changes like adding downforce in special ways or put on different brakes and suspensions to fit prototype tyres.

Bonjour @Charles_Leclerc! The first day of #Fit4F1 18-inch tyre testing gets underway with @ScuderiaFerrari at the @HungaroringF1. There’s plenty to get through as he tries out a number of different prototypes in warm weather. @F1 @fia pic.twitter.com/3GDV47eLjz

These tests are to find out how the tyres for next year would react in the real world. Pirelli takes the results and will use the info to develop new prototype tyres and eventually the final ones used.

The programmes they run can range from race and qualifying simulations to asking the drivers to drive in specific ways. This could include requesting a driver pushes hard on their out laps or working on their own feel to figure out how to get the best out of the tyre. 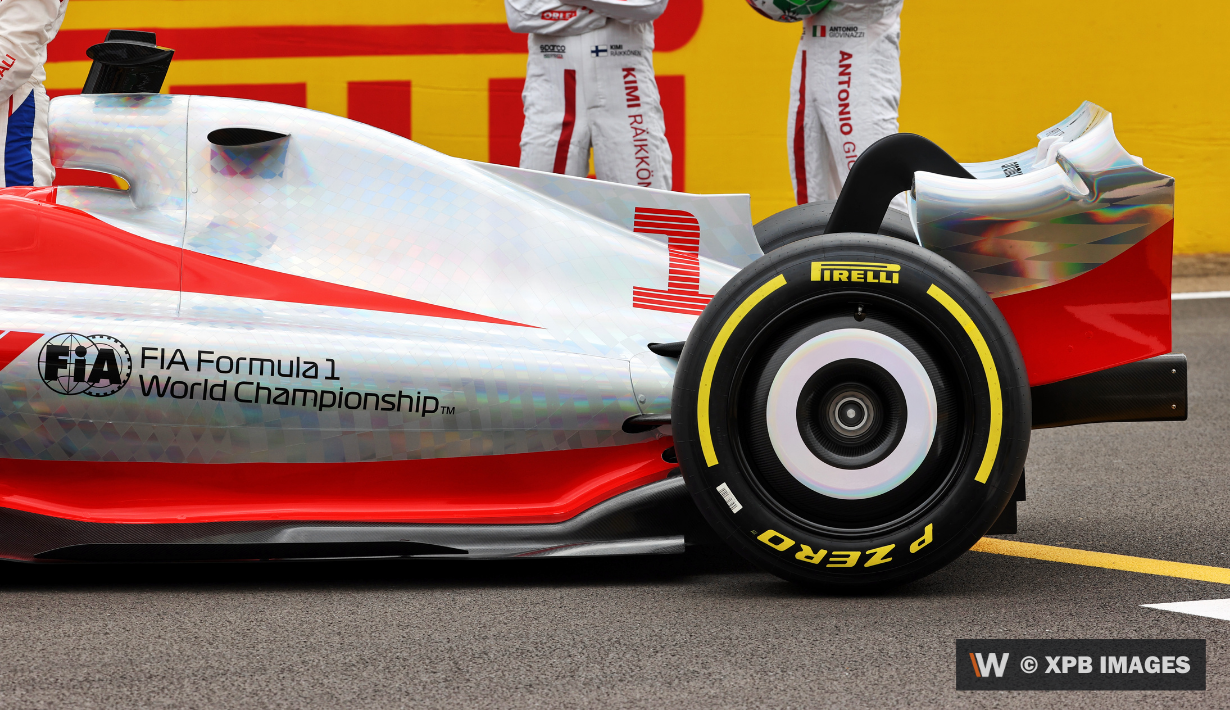 Using different cars helps too. Look at the French Grand Prix this year when Ferrari just shredded their tyres. That’s a bizarre occurrence, but it’s a gold mine of information for Pirelli.

WHY IS THERE SO MUCH TESTING THIS YEAR?

There are more tests than usual because of the new 2022 regulations. The entirely new F1 car means there are going to be considerable changes to the tyres. As a result, Pirelli and nine teams have been doing 28 days worth of testing, dry and wet, to get to grips with the new tyres.

Today is Mick’s turn to try out the 18-inch Pirelli prototype tires, which will be used from next season 💪#HaasF1 #Fit4F1 pic.twitter.com/FjZIfssvr0

This test in Hungary is the second to last test. They’ve already completed most of their running with tests at Bahrain, France and Silverstone, to name a few. These tests will make the 2022 tyres as good as possible.

WHAT’S DIFFERENT ABOUT THE 2022 TYRES?

The new regs for next year will completely change how the F1 grid looks. For the tyres, that means 18-inch rims instead of the 13-inches we’re used to. F1 has had narrow rimmed tyres for the past 50 years, so this is a big change!

An F1 tyre this year has a lot of rubber on the outside of the rim. Tyres like this are only used for racing, so to make tyres that were more road relevant, they’re being changed to the larger rims. We think they look really good 😍 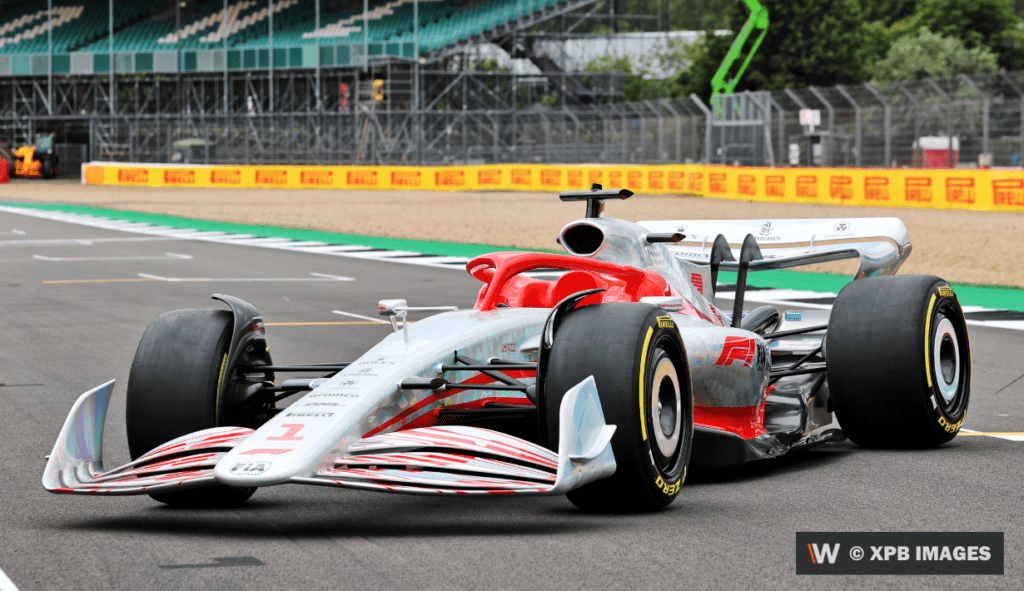 The massive tyres really work on the modern F1 cars and look even better on the 2022 mockup that was shown off at Silverstone a few weeks ago.

Obviously, with five inches added to the rims, these tyres will have much less rubber on them, which means that Pirelli has to develop tyres that react the same way to an F1 car with a much smaller amount of “tyre” to use. They aren’t going to have anywhere near as much air in them either. It’s a whole new challenge for them which is why so much development is needed.

WHO IS DRIVING THIS WEEK?

As we’ve all seen, George Russell is representing Mercedes on Tuesday. This isn’t the first time Russell has tested for the Silver Arrows, having had his first-ever F1 test at this circuit in 2017 and completing tests in Abu Dhabi and Bahrain for the team in 2019.

A busy couple of days for @McLarenF1 testing next year’s #Fit4F1 18-inch tyres at the @HungaroringF1: @LandoNorris drives on Tuesday followed by @danielricciardo on Wednesday. @F1 @fia pic.twitter.com/IHRLgjZdHr

McLaren is helping at the test this week, too, with Lando Norris on track today and Daniel Ricciardo taking to the driving seat on Wednesday.

Ferrari is also present, with Charles Leclerc out on track this morning and Carlos Sainz in the car in the afternoon. 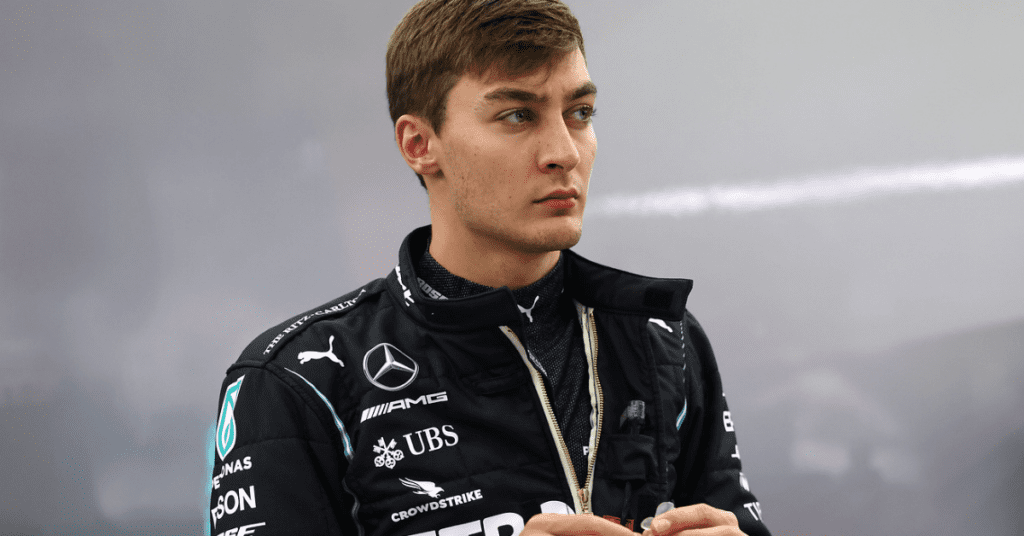