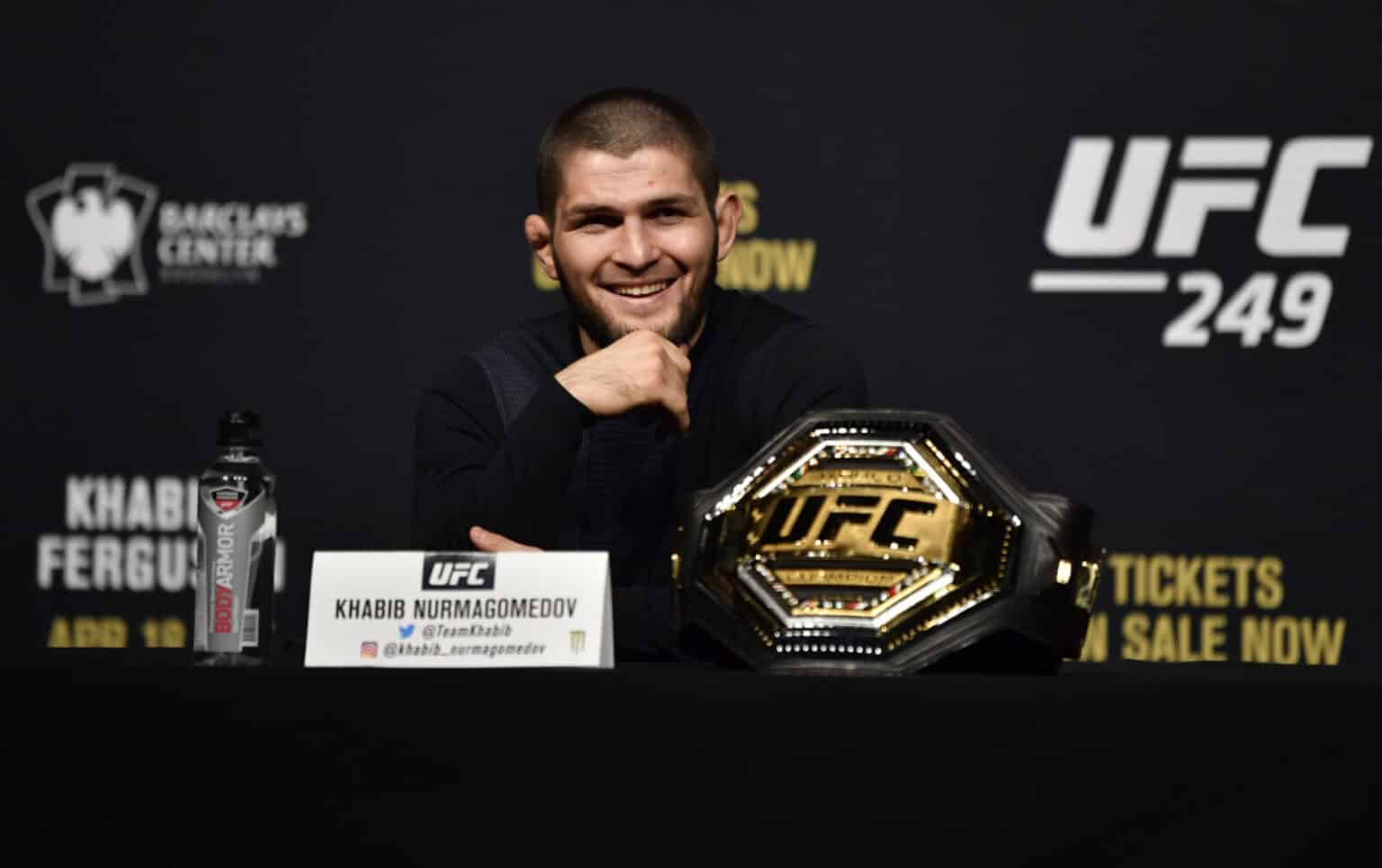 Retiring immediately following the win, Khabib cited a promise he had made to his mother that he would not make another Octagon walk without his late father, Abdulmanap Nurmagomedov by his side. Officially vacating his title in March of this year, Khabib walked away from the sport with an undefeated 29-0 record, as well as the #1 ranked pound-for-pound fighter in the UFC.

Speaking of some of the inspirational figures in sports to whom he looked up to during his run with the promotion, Khabib named former heavyweight boxing champions, Muhammad Ali and Mike Tyson, as well as Brazilian World Cup winner, Ronaldo.

“Three athletes for me who inspired me like crazy — it was (the) Brazilian, Ronaldo, Mike Tyson, and Muhammad Ali,” Khabib said on an appearance with Tyson and former UFC champion, Henry Cejudo on the podcast, Hot Boxin’. “I hope, like next life (he gets to meet Ali). I really believe, next life, I’m gonna meet with him (Ali).“

Former PSV, Barcelona, Milan, and Real Madrid striker, Ronaldo lifted the FIFA World Cup back in 2002 with his national team, Brazil — scoring 62 goals in 92 caps for the national side. Across his professional career, Ronaldo netted a whopping 352 in 518 total appearances. Ronaldo is a three-time FIFA World Player Of The Year winner, as well as scooping the Ballon d’Or on two separate occasions.

The late Ali is a former heavyweight champion and gold medalist at the 1960 summer Olympic Games, having taken notable career victories over the likes of Henry Cooper (x2), Sonny Liston (x2), Buster Mathis, Joe Frazier (x2), George Foreman, and Leon Spinks across his acclaimed career. Ali, who passed away in June 2016 is revered as one of the greatest boxers of all time.

For Tyson, the former undisputed heavyweight champion is recognized as one of the most lethal and feared knockout artists in the history of the sport, boasting stoppage victories over the likes of Marvis Frazier, Trevor Berbick, Tyrell Biggs, Larry Holmes, Tony Tubbs, Michael Spinks, Frank Bruno, Donovan Ruddock (x2), Peter McNeeley, Bruce Seldon, and Francois Botha.

How to Make Defensemen More Valuable in Fantasy Hockey

SLAM Presents the Top 75 NBA Players of All-Time is OUT NOW!