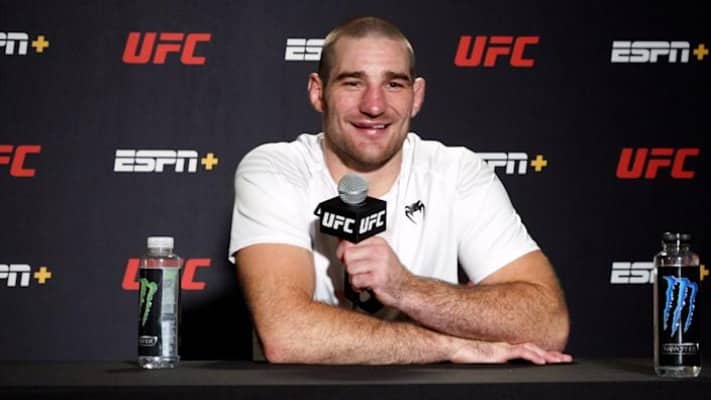 UFC middleweight contender Sean Strickland is set to battle former middleweight champion, Luke Rockhold, later this year, and the trash talk between the two of them are just beginning to ramp up.

Strickland is just days removed from his impressive unanimous decision victory over Uriah Hall at UFC Vegas 33 and is looking ahead quickly to his fight with Rockhold at UFC 268. While the fight hasn’t been officially announced, the fight is reportedly in the works and close to being signed and booked for Nov. 6 at a venue to be determined later.

It all started when Rockhold did an interview with MMA Fighting with the main point of discussion being his return to the octagon after a long layoff and brief tenure at light heavyweight. Rockhold roasted Strickland as a “fucking idiot” and a “nobody” just hours after the fight was first reported as in the works by TSN.

“Me and you might never fight,” Strickland said. “I don’t care about fighting in the cage for ego reasons. I like to get paid at something I enjoy. But I’ll tell you fucking one thing. You just can’t live in a radius of me and run your fucking mouth and not expect for me to hit you in the face.”

Strickland has easily been the more active middleweight contender between him and Rockhold, who hasn’t fought since getting knocked out by Jan Blachowicz at UFC 239. Before that, Rockhold had lost two of his last three middleweight fights including an upset loss to Michael Bisping.

Strickland has been on a roll with five straight victories after an up-and-down start to his career at welterweight. He got his UFC opportunity after an undefeated run in KOTC to begin his combat sports career.

What is your way-too-early prediction for Luke Rockhold vs. Sean Strickland?