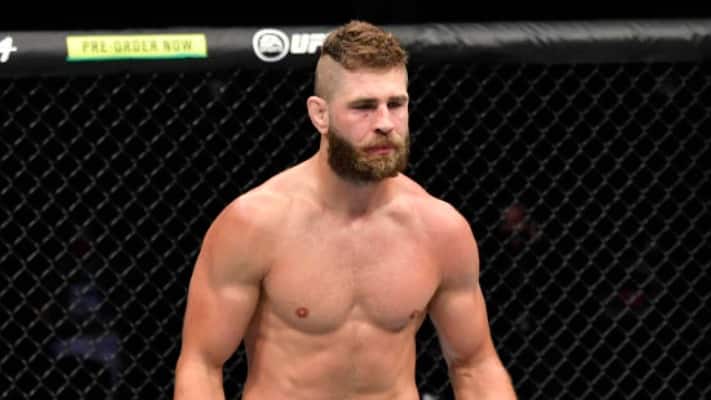 UFC light heavyweight contender Jiri Prochazka is looking to stay active in the promotion, as he’s been picked to be the backup fighter for Jan Blachowicz vs. Glover Teixeira at UFC 267, as first reported by MMA Fighting.

Prochazka is riding high ever since making the move from Rizin to the UFC. He earned a dominant victory over Volkan Oezdemir in his UFC debut before knocking out Dominick Reyes earlier this year. In total, Prochazka is on a 12-fight winning streak as he attempts to earn a light heavyweight title in a second promotion.

Before signing with the UFC, Prochazka was the Rizin light heavyweight champion with a knockout win over Muhammad “King Mo” Lawal in a title rematch. He has quickly made his presence felt in the UFC and is currently listed at the UFC’s second-ranked light heavyweight contender and is widely expected to be the next title challenger regardless of whether or not he actually fills in for Blachowicz or Teixeira at UFC 267.

Prochazka has accumulated a record of 28-3-1 over his virtually dominant career in MMA. He has also finished 25 fights in the process.

Blachowicz will face Teixeira in his second title defense as the light heavyweight champion. He beat Reyes by knockout for the vacant title in Abu Dhabi after Jon Jones vacated the belt following a long reign as champion. Prochazka and Blachowicz have gone back-and-forth on social media since his last defense against middleweight champion Israel Adesanya.

The UFC’s light heavyweight title picture was uncertain after Jones vacated the belt. But with stars like Blachowicz, Prochazka, Reyes, and Teixeira it continues to be in fair shape.

Prochazka will weigh in a championship weight of 205 pounds in the event that either Blachowicz or Teixeira get injured or suffer from uncertain circumstances before fight night. Regardless, it’ll be interesting to see if he bumps into Blachowicz after their trash talk on Twitter.

Do you think Jiri Prochazka has what it takes to be a UFC light heavyweight champion?

Picks and predictions for each game