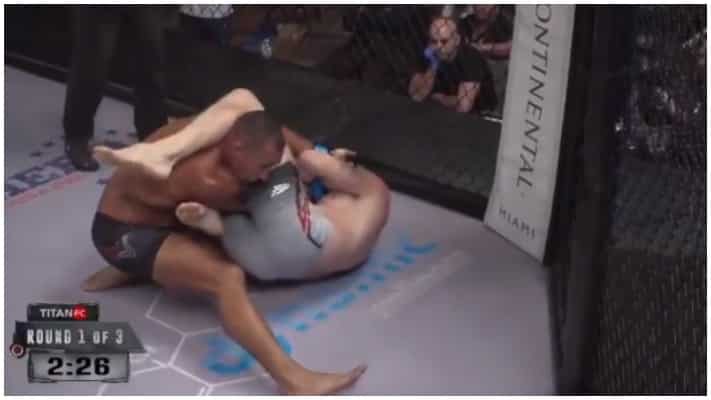 Nate Marquardt returned to MMA on Friday night and looked good doing so at Titan FC 71.

The 42-year-old squared off against Michael Cora (5-6) and made quick work of the man he has five times as much experience as but it wasn’t all plain sailing.

About 90 seconds into the fight Cora let a barrage of punches fly that send Marquardt tumbling to the mat. The inexperienced fighter jumped into the guard of Marquardt and that proved to be a costly mistake. Soon after, the former UFC fighter tied up an arm and forced the tap – check out the highlights below.

The former Strikeforce champion originally called time on his professional mixed martial arts career back in December of 2017.

Marquardt, who holds a 36-19 professional record, called it a career after suffering a trio of decision losses to Sam Alvey, former UFC light heavyweight champion and heavyweight tournament winner, Vitor Belfort, and most recently, a split judging loss to Cezar Ferreira at UFC Fight Night Norfolk.

How do you think Nate Marquardt looked in his return to MMA?