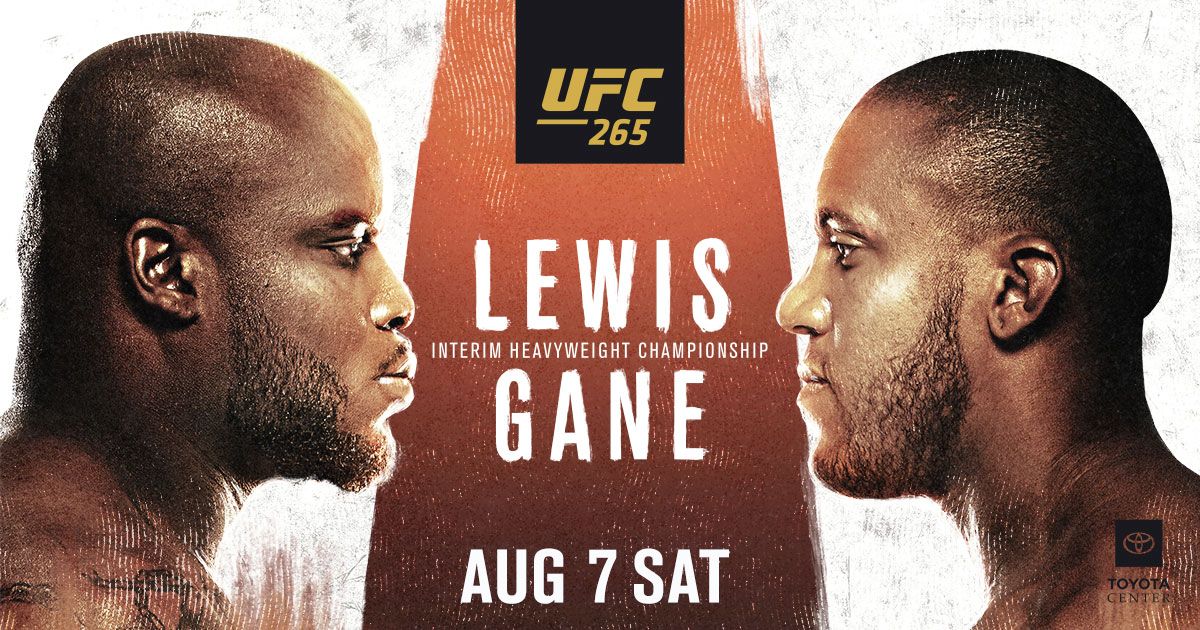 LowKick MMA will be bringing you UFC 265: Lewis vs. Gane results throughout the night (Sat. 7th. August 2021) from the Toyota Centre in Houston, Texas.

For the 9-0 Gane, the 31-year-old managed a rather comfortable unanimous decision win over Alexander Volkov in the main event of UFC Vegas 30 in June.

Himself snapping a two-fight slide in his last outing, American Top Team staple, Munhoz took home a rematch win over Jimmie Rivera in February — beneath a main event of Jairzinho Rozenstruik and the aforenoted, Gane.