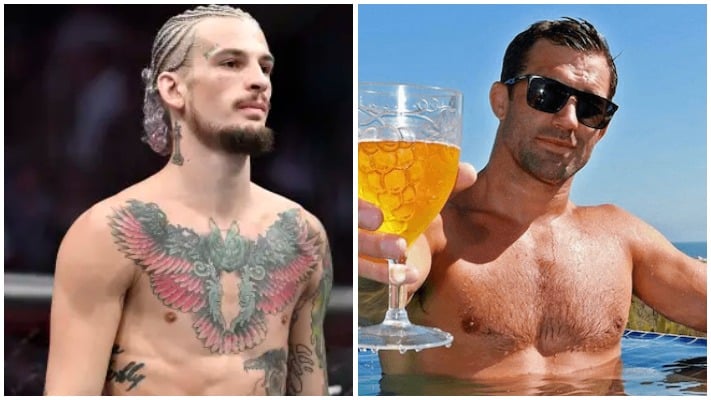 Sean O’Malley has revealed that his father once had a run-in with Luke Rockhold.

‘Suga’ has only lost once in his MMA career, a first-round TKO defeat at the hands of Marlon ‘Chito’ Vera at UFC 252 in August 2020

According to O’Malley, his father bumped into Vera’s teammate, Rockhold, in Whitefish, Montana and the two men struck up a conversation.

The bantamweight prospect claims that a heavily intoxicated Rockhold spent most of his time gloating about Vera’s UFC 252 win.

O’Malley thinks that the fact his father didn’t know who Rockhold was might’ve rubbed the former UFC and Strikeforce middleweight champion up the wrong way.

“Luke said (to my father) ‘do you not know who I am?’, and my dad said ‘you look familiar but I don’t know’. So that probably p*ssed him off. I don’t know the whole story,” O’Malley said. (Transcribed by Sportskeeda)

Rockhold hasn’t fought since being knocked out by Jan Blachowicz in July 2019. The 36-year-old flirted with the idea of retirement before re-committing himself to MMA.

A fight between Rockhold and Sean Strickland appears to be set for UFC 268. The winner will surely be a significant player at 185lbs.

O’Malley was also being targeted for UFC 268 but turned down the chance to compete on that card. The 26-year-old has bounced back well from his first and only MMA defeat, picking up wins over Thomas Almedia and Kris Moutinho.

Do you think Luke Rockhold was out of line for the way he spoke to the father of Sean O’Malley?