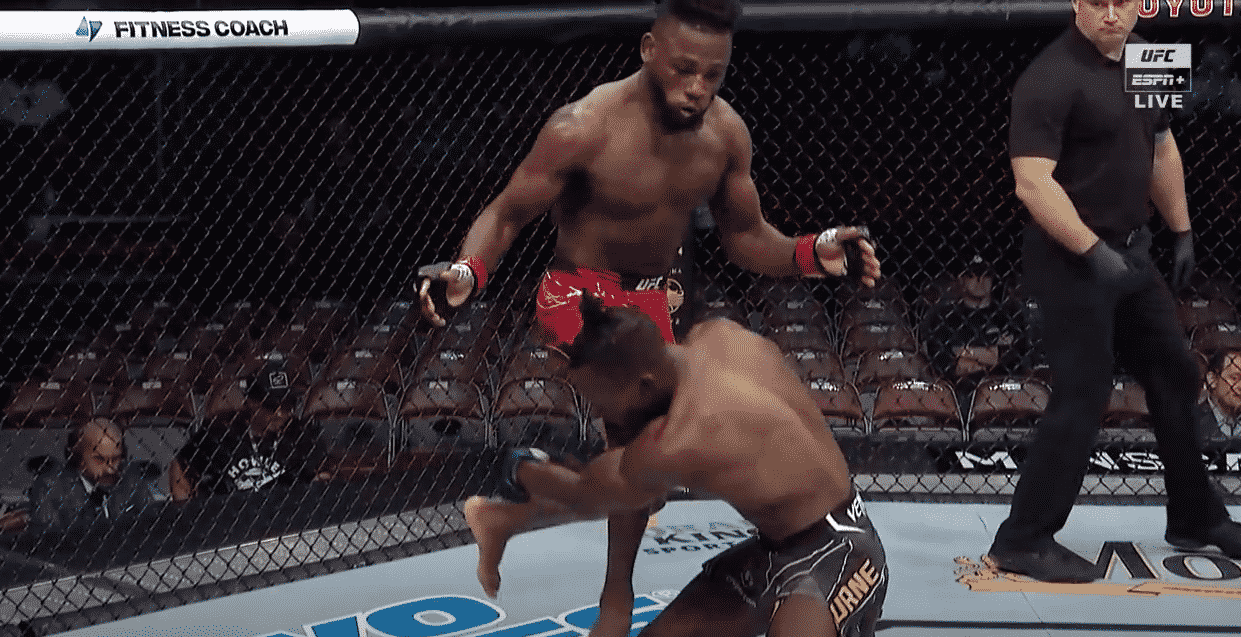 Tipping the scales for his flyweight bout at 129lbs on Friday, Kape, who had dropped his first two UFC outings to Brazilain pair, Alexandre Pantoja and Matheus Nicolau — was in much need of a victory against Osbourne.

Timing an expertly launched flying-knee, with just 16-seconds remaining in the opening round, Kape dropped Osbourne before following up with a volley of ground strikes — lodging an important first UFC triumph.

Below, catch the highlights from Kape’s first UFC win against Osbourne.