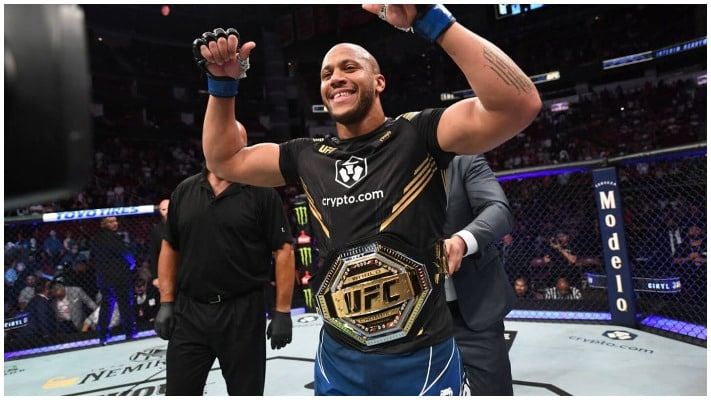 Performance of the Night: Ciryl Gane

‘Bon Gamin’ looked flawless as he cruised to UFC gold in tonight’s main event. Gane effortlessly dismantled Derrick Lewis over three rounds to improve his perfect record to 10-0 and pick up the interim heavyweight title. The Frenchman also takes home an extra $50,000 for his hard work.

Performance of the Night: Vicente Luque

Vicente Luque continues to prove himself as a top-level welterweight while almost always being in entertaining fights. The Brazilians fight at UFC 265 didn’t last long but it was fun while it did. Luque found himself on the verge of being choked out by Michael Chiesa in round one before he managed to turn the tables and lock up a D’arce choke to force the finish. Luque picked up his sixth $50,000 bonus cheque in his last eight fights.

Performance of the Night: Jessica Penne

The former strawweight title challenger continued his impressive return to fighting with a dominant win against Karolina Kowalkiewicz at UFC 265. Penne locked up an armbar submission in round one to secure the win and the bag.

Performance of the Night: Miles Johns

On the early prelims, Miles Johns made a big statement when he emphatically knocked out Anderson dos Santos. The 27-year-old ripped to the body before coming upstairs to knock his opponent out cold. Johns picks up his second successive win and bonus.

Fight of the Night: Rafael Fiziev vs. Bobby Green

Rafael Fiziev entered the UFC 265 featured preliminary bout as a highly fancied prospect who seems primed for a run at the lightweight rankings. The Russian was given all he could handle from Bobby Green over three rounds. Both men exchange techniques and showed a disregard for defence throughout 15 minutes. Fiziev survived a late rally from Green to pick up a hard-fought victory. Both men take home an extra $50,000.

Do you think the right people got bonus cheques at UFC 265?

5 bold predictions for Cowboys against Vikings