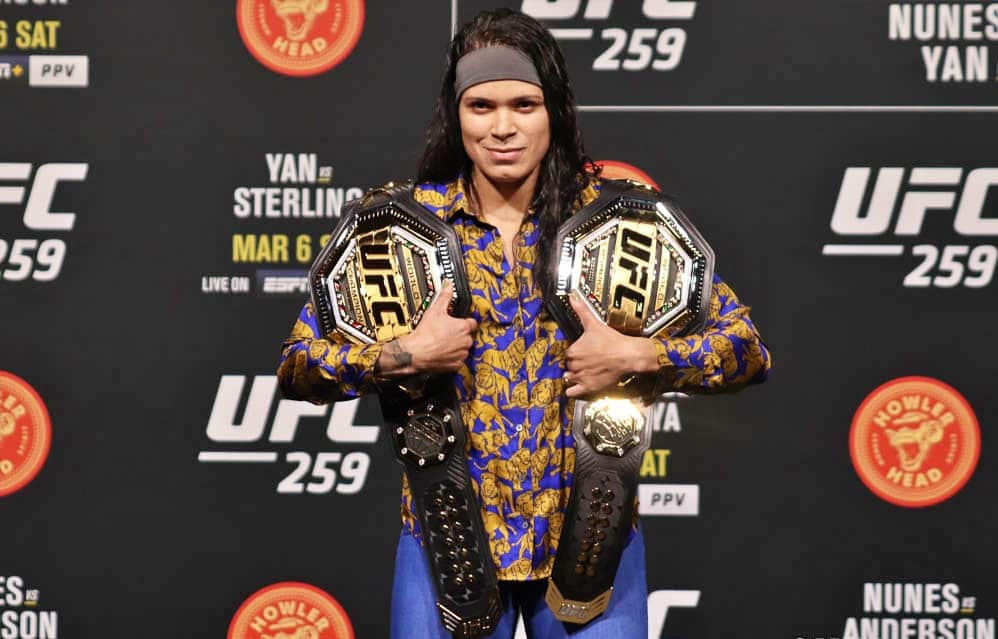 Two-weight UFC champion, Amanda Nunes has reportedly returned to training at American Top Team in Coconut Creek, Florida — after she gained clearance to return to the facility following a recent bout with COVID-19.

Slated to co-headline UFC 265 on Saturday night at the Toyota Centre in Houston, Texas — Nunes was forced from a bantamweight title defence against The Ultimate Fighter victor and the #6 ranked contender, Julianna Pena — after she returned a positive test for the novel coronavirus. As a result, Nunes was pulled from the event as was Pena, with the promotion hoping to reschedule the bout in the future.

Per a report from ESPN MMA reporter, Marc Raimondi this evening, Nunes has returned to training following her recent illness. And has sights set on a return to the bantamweight division before December for a reworked bout with Pena.

Last featuring at bantamweight back in December of 2019 as part of a UFC 245 title tripleheader, Nunes successfully defended the crown with a unanimous decision victory over inaugural featherweight best, Germaine de Randamie. The victory came as Nunes’ second career success against the Utrecht native.

In the time since, Nunes has successfully lodged two one-sided defences of her featherweight throne; taking a unanimous decision victory over Felicia Spencer at UFC 250 in June of last year, before a stunning triangle-armbar win over promotional alum, Megan Anderson in the co-main event of UFC 259 back in March.