The break seems shorter each time but football is back to give us structure, hope and constant content nourishment. The new season is upon us.

And so a new season raises up its head, yawns, stretches, looks around and smiles. Yes, this’ll do nicely.

The start of a fresh campaign is one of those short spaces of time when briefly all seems possible. It isn’t, of course, but briefly there is just a chance it might be. For a moment everything is crisp, untainted and unsullied by cold realities. The unstained fixture list lies on the table of life and the league is still blissfully organised by the alphabet, not by points. Nine months of football lies ahead – nine months where the structures, rhythm and pace of life will be geared by football more than anything else.

The first day revolution that every new season brings remains unchanged, pristine and special. While the break from the previous season used to seem like an endless drought and now feels like the smallest interruption, the slate is still wiped clean. All last year’s glories, heartaches, excitement and boredoms are consigned to the history books and to our memories for imperfect storage.

For all of the things which aggravate, offend and appal that orbit the modern game, for all the inequalities, injustices and financial incontinence, there remains something special and untouched about a new season. It casts its line into the river of existence and hooks us once again. 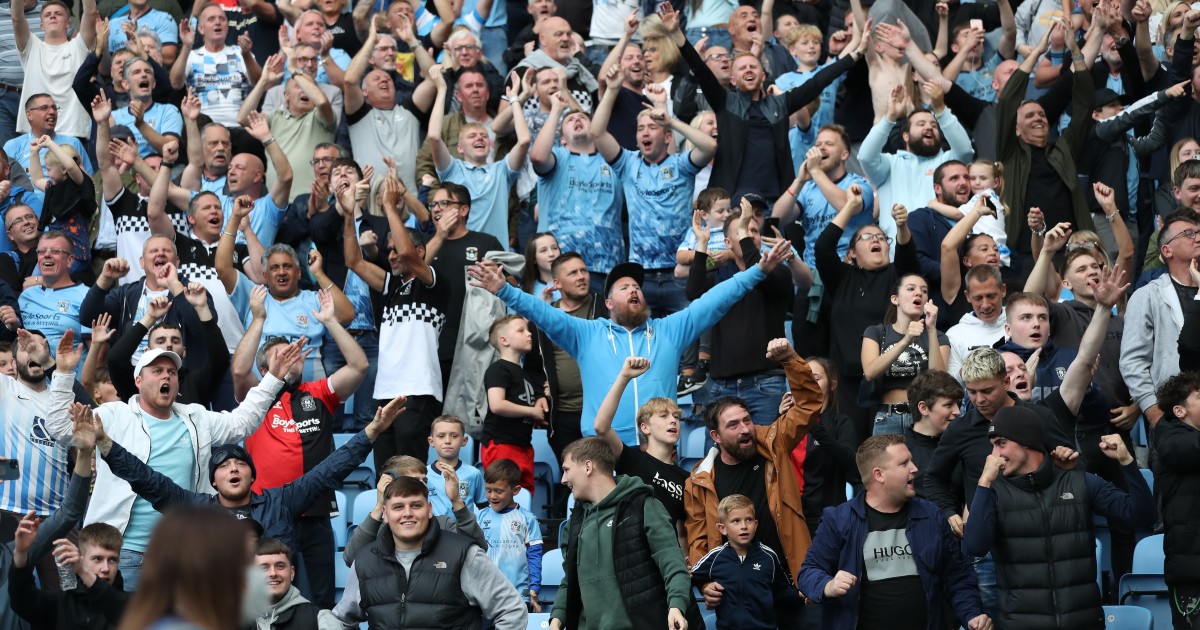 Football is huge comfort in an ever-changing world. It is home. It is a shelter. It will be there through the last golden rays of a hot summer and as the leaves fall from the trees and we pull on the first woolly hat of the season. There through the gales of a new winter, through the crisp frosts and icy rain, into the first warm day of spring, when going out without your coat on feels like being released from prison, then those sweet early days of summer in May when the birds are lifting their tail feathers and all is born again. Always there. That is just very reassuring.

No matter at what level you watch football, it offers structure and meaning to the chaotic rise and fall of daily life and punctuation to the waxing and waning of every moon. And here, at the front end of August, it all lies ahead, bathed in the white light of a new day.

We paint our lives onto football’s canvas, often to the bemusement of those who don’t. We pour over the minutiae of statistics, listen to hours of radio broadcasts, to an impossible amount of podcasts, read articles about niche and obscure aspects of the game, endlessly sucking on the football teat for nourishment. And those who don’t can’t see how compulsive it is or what drives the compulsion. It is weird to them: metaphysical and unknowable. What makes me get a ferry just to go and see Greenock Morton play at Cappielow Park even when the Firth of Clyde is being whipped up by a strong westerly? Whatever it is, it must be something magical, spiritual, even.

The ties that bind us to the game may for some have been loosened at the highest levels by the financial inequalities and a thousand other things from gambling sponsorship to heinous owners, to poor old Joelinton still pocketing a million quid every three months, but they rarely detract from our passion for the game at a local level. We will still stop and watch a game on a local playing field, leaning into one of the few other observers who are always there to ask what the score is and who’s playing. Or peep through the fence at a semi-professional match, wondering if it’s worth nipping in for free, just for the last 20 minutes, as our partner rolls their eyes.

Oh yeah, we’re still in love, as much as we might think sometimes we’re not.

This sporting mycelium runs underneath the whole of British society to an almost unimaginable degree. For example, here in Scotland, a country of just about five million people, you can’t move for football teams, from the borders to the north coast. There are 42 league clubs and many hundreds of amateur clubs. The East of Scotland League alone has three divisions comprising 48 teams and seven U-21 conference leagues of another 99. That’s 147 clubs in just in one small area of the country. Wherever you are, you’re not far from a football pitch and a football club, are you? Not far from more than one, in fact.

Nothing dominates national life quite like soccer. Nothing governs our consciousness in the same way. And the fact that every season restarts the game on zero, allows us all to pause, take a deep breath and take a look around again. To lift our eyes to the horizon and renew our marriage vows once again. ‘Til death do us part, in sickness and in health.

And so, like at the end of Blackadder 4, we’re all about to go over the top as soon as the whistle blows.

Are Arsenal fans starting to trust the process under Mikel Arteta?