Premier League giants Liverpool have this evening been dealt an altogether concerning blow on the personnel front.

Amid the club’s efforts to ramp up preparations for the fast-approaching new campaign, Liverpool welcomed La Liga outfit Athletic Bilbao to Anfield, for a friendly clash.

The Reds headed into proceedings with one eye no doubt on their Premier League opener next weekend, when a trip to Carrow Road to face newly-promoted Norwich City lies in wait.

As outlined above, though, the Liverpool boss’ decision to return to close to full strength has since heavily backfired.

This comes with Andy Robertson, after being handed a starting berth in his customary left-back role, having been forced to depart the action with a concerning injury.

After blocking a cross from the right wing on the stroke of the interval, the Scottish international appeared to twist his right ankle. Robertson, in turn, immediately went to ground, with a lengthy spell of treatment on the part of the hosts’ medical team having followed.

The stopper’s efforts to continue, however, ultimately proved to be in vain, as Robertson, assisted by a pair of physios, hobbled back to the dressing room on the stroke of the interval.

Robertson’s injury aside, Sunday’s Anfield matchup is currently locked at a goal apiece.

Liverpool took the lead inside the opening quarter of an hour, when Diogo Jota carried forth his fine pre-season form with a pinpoint left-footed finish.

Athletic, though, levelled things up early in the 2nd-half, when Alex Berenguer slotted home from close range at the back post. 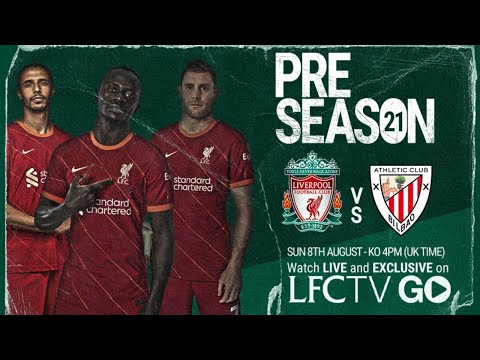 Watch all the build-up as the Reds host La Liga outfit, Athletic Club at… 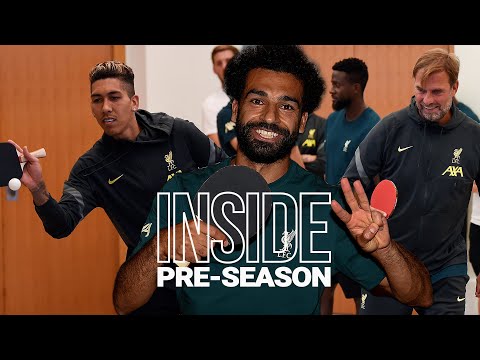 Go behind the scenes from LFC’s ping pong competition in Evian, as part of…