Word stemming from the English media this weekend suggests that Newcastle United are eyeing a swoop for Liverpool star Nat Phillips.

It has of course long been common knowledge that Steve Bruce and co. are on the lookout for defensive reinforcements.

Ahead of the fast-approaching new season, St. James’ Park has been tipped as a potential landing spot for a whole host of centre-halves from across Europe.

Recent weeks, though, saw one stopper in particular emerge as the clear front-runner to make the move to Tyneside this summer.

It therefore no doubt came as a major blow to all associated with Newcastle when, earlier this afternoon, confirmation was forthcoming that Tuanzebe had instead come to the decision to take his talents elsewhere.

The 23-year-old has linked up with Premier League rivals Aston Villa on loan for the campaign ahead:

The teams are in, but first…

Axel Tuanzebe is back! 🙌#WelcomeBackAxel

But, as outlined above, if the latest speculation doing the rounds in the media is anything to go by, then it appears that those in a position of power at St. James’ have already turned their attentions elsewhere.

As per a report from reliable outlet The Athletic, Newcastle are expressing a keen interest in Liverpool defender Nathaniel Phillips.

Phillips, 24, is fresh off the back of a fine season at Anfield, which saw him pushed into a prominent first-team role amid an injury crisis at the heart of Jurgen Klopp’s backline.

With Virgil van Dijk and Joe Gomez both closing on a return to full fitness, and Ibrahima Konate having been brought to Merseyside this summer, though, opportunities look set to be at a premium for Phillips in 2021/22.

Newcastle, in turn, have made contact with Liverpool, regarding the defender’s availability.

As of yet, however, no firm proposal has been tabled.

All of Burnley, Brighton and Southampton are also understood to have enquired as to Phillips’ availability, with Liverpool prepared to part with their backup stopper for a fee of around £12 million to £15 million. 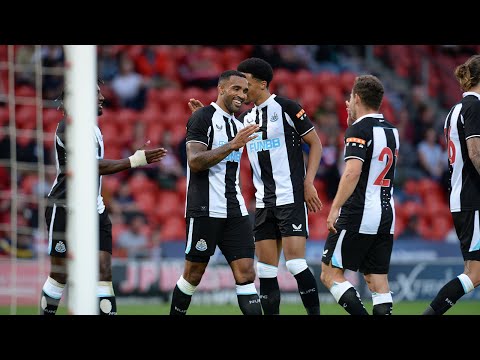