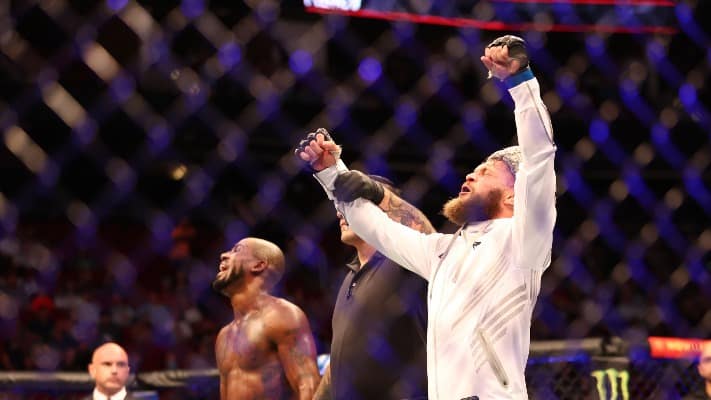 The controversial judge that awarded Rafael Fiziev a clean sweep on the scorecards in his UFC 265 bout with Bobby Green has explained his reasoning behind giving Fiziev the third round, despite Green upending Fiziev in the round’s striking statistics.

JJ Ferraro is a Texas Department of Licensing and Regulation judge who was criticized by the MMA community and the UFC 265 broadcast team after it was revealed that Fiziev earned a 30-27 scorecard, while the other two (Chris Lee and Sal D’Amato) each gave Fiziev two of the three rounds. Fiziev still went on to win the fight, but the scoring adds another chapter to unusual scoring by MMA judges across all promotions over the past few years.

Green surged in the third round and had Fiziev in deep waters late in the fight, which made many around the MMA community expect that he won the round fairly easily despite being clearly behind in the fight to Fiziev. Ferraro, in a rare move, explained the reasoning for giving Fiziev the third round despite Green forcing the action and landing the most strikes total in the last five minutes.

“Strikes that are deemed most effective are strikes that have the potential to end the fight,” Ferraro said in a lengthy Twitter statement. “Those are the strikes that hold more weight than any other strikes. It doesn’t matter if they are punches, kicks, elbows, you name it, we have to assess who is trying to end the fight with their weapons.”

“It happens all the time in MMA. Round 3 could have gone either way. One of the other judges told me immediately after the fight that he could see my score as well and was not surprised or shocked at all when I went to Fizev 10-9.”

Ferraro went on to specifically target the broadcast team of Daniel Cormier, Jon Anik, and former bantamweight champion Dominick Cruz for alleged bias commentary during and following the bout. The broadcast team had its fair share of criticism for the judges throughout the evening, especially following the Fiziev vs. Green bout.

What are your thoughts on JJ Ferraro’s explanation on the Rafael Fiziev vs. Bobby Green bout?