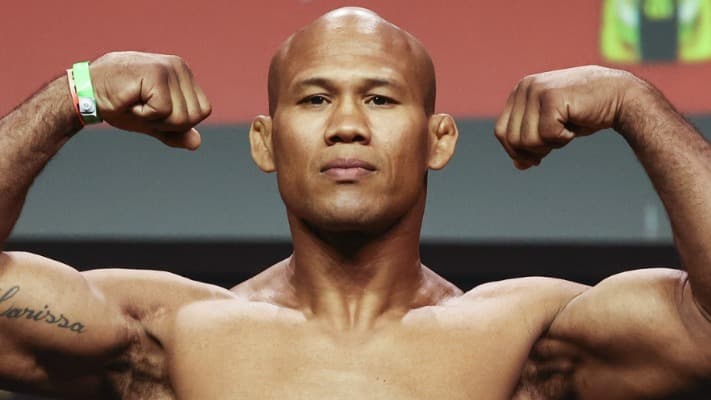 Longtime UFC middleweight contender Ronaldo “Jacare” Souza has announced that he retiring from the fight game after a professional MMA career that spanned nearly two decades.

Souza made the announcement first-hand on a recent episode of the “World of Fight” podcast. He had lost his previous four fights in the UFC octagon including recent losses against Kevin Holland, Jack Hermansson, and current UFC light heavyweight champion Jan Blachowicz in a brief run at light heavyweight.

Before his run in MMA, Souza had an accomplishment-filled career in Brazilian Jiu-Jitsu, in which he claimed multiple world championships. Souza explained his reasoning for retiring in great detail.

Souza didn’t rule out the possibility of competing in BJJ matches in the near future.

“I’m going back to training and, who knows, I’ll go back to competing. I’m challenge-driven, and jiu-jitsu for me is becoming a challenge because it’s very evolved, there’s a lot of new stuff. It’s beautiful to see.”

Souza suffered a nasty broken arm in his last fight against Andre Muniz at UFC 262. He also revealed he plans on opening his own gym in Orlando, FL to begin his retirement journey. The academy is targeted to open in the beginning of the new year in 2022 and will promote a community for special-needs children specifically.

Souza was a mainstay among the UFC’s top middleweight contenders during his prime. While he never challenged for the title, he was always paired against some of the best middleweights in the UFC during his time in competition.

What is Ronaldo “Jacare” Souza’s legacy in the UFC?