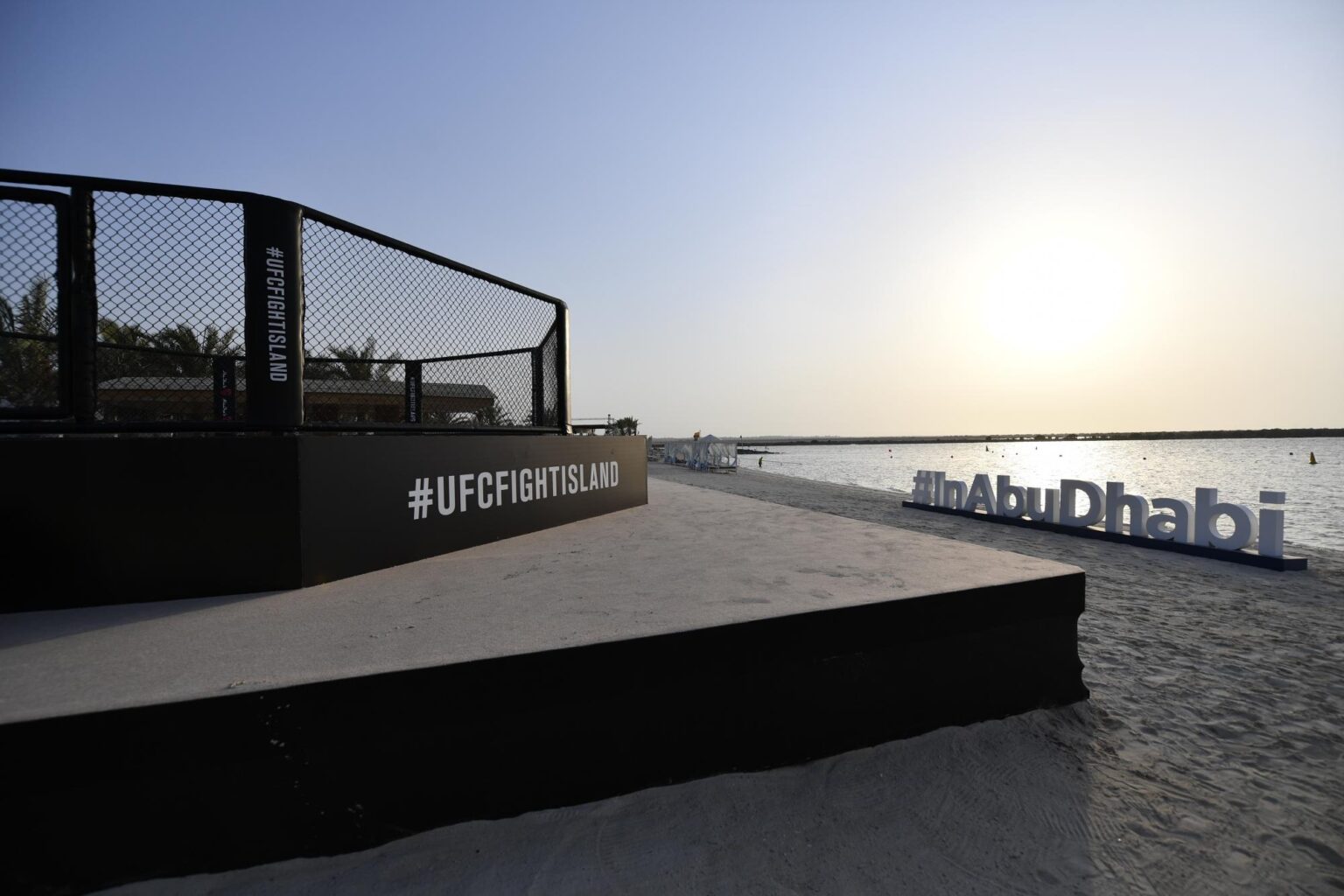 The UFC has officially announced that they will return to ‘Fight Island’ in Abu Dhabi, UAE for the second time this year — with a non-PPV flagship event, billed as UFC 267: Blachowicz vs. Teixeira slated for October 30. in the Middle East.

The event, which is scheduled to air during prime time hours in Abu Dhabi, UAE — will also air live on the ABC (American Broadcasting Company) network and will be a non-PPV event for viewers in North America.

The UFC has previously aired two events under the ABC banner, including a UFC on ABC 1 event in the same location in January, as well as UFC on ABC 2 event at the UFC Apex facility in Las Vegas, Nevada back in April.

Set for their second visit to Abu Dhabi, UAE this year — the promotion fielded three cards in the region in January; two Fight Night billed events as well as UFC 257 — hosting headliners including Max Holloway vs. Calvin Kattar, Michael Chiesa vs. Neil Magny, and Dustin Poirier vs. Conor McGregor 2, respectively.

The promotion initially outlined the region as their base in July of last year for a host of events, which then rolled on into October amid the ongoing COVID-19 pandemic, which forced the organization to host events behind closed doors and to a closed gate for most of the year.

In an official statement released by UFC president, Dana White, he spoke for his admiration for the region and its people.
“We (the UFC) are going back to Abu Dhabi (, UAE) in October,” White said. “Abu Dhabi is incredible — I love that place and the people. I have been talking about all of the things we are working on. I plan on getting all the deals buttoned up this summer. I can’t wait to gt back and share everything we are working on together.“

A pivotal lightweight showdown between former undisputed champion, Rafael dos Anjos and the streaking Dagestani grappler, Islam Makhachev has also been pencilled for October 30. — in a rescheduled pairing.