Diego Sanchez Closing In On a Deal with Bare Knuckle FC 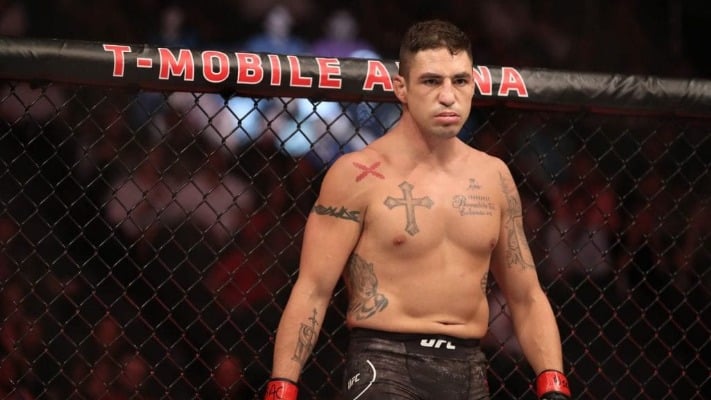 Former UFC fan favorite Diego Sanchez is reportedly close to a deal to fight in BKFC, according to the promotion’s president David Feldman.

Sanchez had a well-documented falling out with the UFC after his former coach, Joshua Fabia had a complicated relationship with the UFC brass and more specifically, president Dana White. Sanchez parted ways with Fabia earlier this year and was a free agent, but has communicated on multiple occasions his intentions to fight again.

Feldman spoke with MMA Junkie about the promotion’s interest in Sanchez.

“Yeah we’re having some great talks,” Feldman told MMA Junkie about Sanchez. “I think we’re going to close something out pretty soon. He’s a good guy. I want to make sure that everything’s on the up and up with him, and I have a really good hunch and a feeling that they are.”

“So once we get through that, I think we can get to a contract and get something going.”

Feldman went on to say that the promotion doesn’t yet have a potential first opponent lined up for Sanchez, assuming that he passes his medical evaluations before signing with BKFC. Sanchez last competed against Jake Matthews at UFC 253, losing by unanimous decision in a relatively one-sided bout.

Sanchez had been scheduled to fight fellow fan favorite Donald Cerrone earlier this year before he withdrew from the bout just days before. The reasoning for his withdrawal was never clearly stated by his side of things as well as the UFC.

Sanchez has been a favorite of many fans around the MMA community for his fighting style, as well as the quirky personality that he portrays in interviews. He is one of the many reasons for the sport of MMA rising to its current popularity stemming from his time on the infamous first season of The Ultimate Fighter.

What are your thoughts on Diego Sanchez potentially signing with BKFC?