Gable Steveson Believes He Could Be UFC Champion In 18 Months 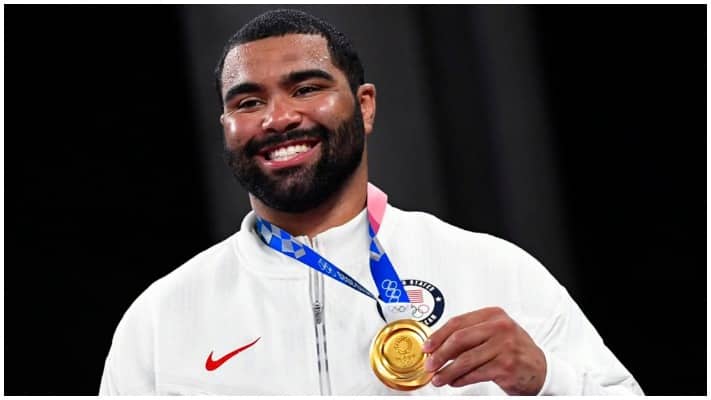 Gable Steveson could well be the next Olympic star to transition to MMA.

The 21-year-old recently claimed wrestling gold at the Tokyo Olympics. Steveson looked dominant in his first three matches before pulling off a last-second win in the Olympic final.

Since then, Steveson has excited MMA fans with his social media activity that seemed to signal a potential move into the sport.

In an interview with MMA Fighting, Steveson revealed he is seriously contemplating competing in MMA.

“I sent that tweet out to Dana. I’m sure he saw it, I’m sure someone from his desk got a hold of him. But like I said, all options will be open.”

Ben Askren believes Steveson would have an easy transition from wrestling to MMA. The former Bellator and ONE Championship titlist even suggested that the 21-year-old would be unbeatable with just 18 months of MMA training.

“I saw the tweet from Ben Askren and I do believe that, too,” Steveson said. “I do believe that with my wrestling skills and me putting on some striking skills, I can be the champion in less than 18 months. I can go out there and dominate my way through the heavyweight field.”

MMA is not the only option for the Olympic gold medallist who is also weighing up a possible move to the WWE.

“Most definitely I’m going to explore the WWE,” Steveson said. “Vince McMahon is a great dude, Triple H is a great person also. For me not to explore WWE would be fairly stupid on my part.

Do you want to see Gable Steveson compete inside the Octagon?