Why Is MMA Popular In Japan? 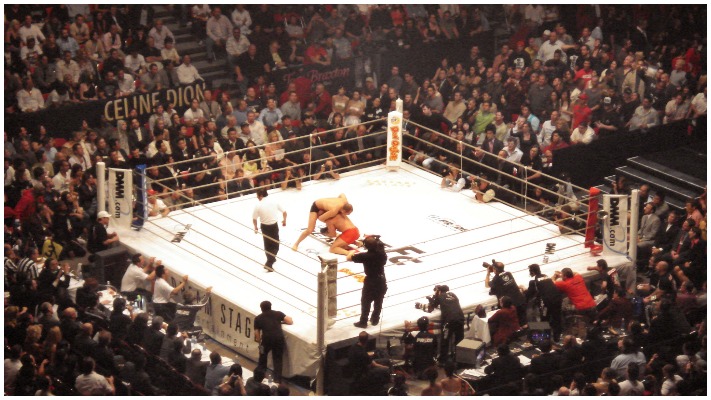 Japan has always and you’ve got to imagine will always be a hotbed for MMA.

The country has deep-rooted links to the sport and its people are avid fans.

You’ll always find them at the fights or betting on the bouts at sports casinos スポーツカジノ.

So, exactly why is MMA so popular in Japan? Here’s why.

Japan has a significant history in the relatively new sport of mixed martial arts.

The fight itself was a terrible stalemate as both men refused to engage for 15 rounds before the bout was declared a draw.

Despite the fight being a disappointing spectacle, it garnered a lot of interest and ultimately paved the way for a brand new sport in the coming years.

In the 1990s and early 2000s, Japan was the place to be if you wanted to watch or compete in high-level MMA fights.

Pride FC soon came along and became the standout Japanese promotion that brought fighters together from around the world to compete on their shows.

The UFC was founded in 1993 but did not present a threat to Japan’s dominance in the world of MMA until Zuffa bought the company in 2001.

Pride was basically inoperable by 2007 due to news stories about the MMA organization’s links to Yakuza.

Zuffa bought out the company and quickly dissolved it to cement the UFC and America as the new powerhouse of MMA.

It may no longer be dominant but Japanese MMA is alive and well.

Rizin Fighting Federation was formed in 2015 by the former president of Pride, Nobuyuki Sakakibara.

The promotion appeals to old school fans of MMA who are at odds with the commercialization of what can only be described as the most brutal of sports.

Rizin has managed to put together several cross-promotion events with Bellator that has allowed them to become a global brand.

Japan clearly still has appeal. Rizin managed to convince arguably the greatest boxer of all time, Floyd Mayweather, to partake in an exhibition bout against the country’s most exciting kickboxing prospect in 2018.

Mayweather made it look easy, knocking out Tenshin Nasukawa, in the first-round knockout victory and picking up a big chunk of cash in the process.

The boxing legend remains in contact with Sakakibara and talks have been held about Mayweather traveling back to Japan for another crossover bout.

Why do you think MMA is so popular in Japan?