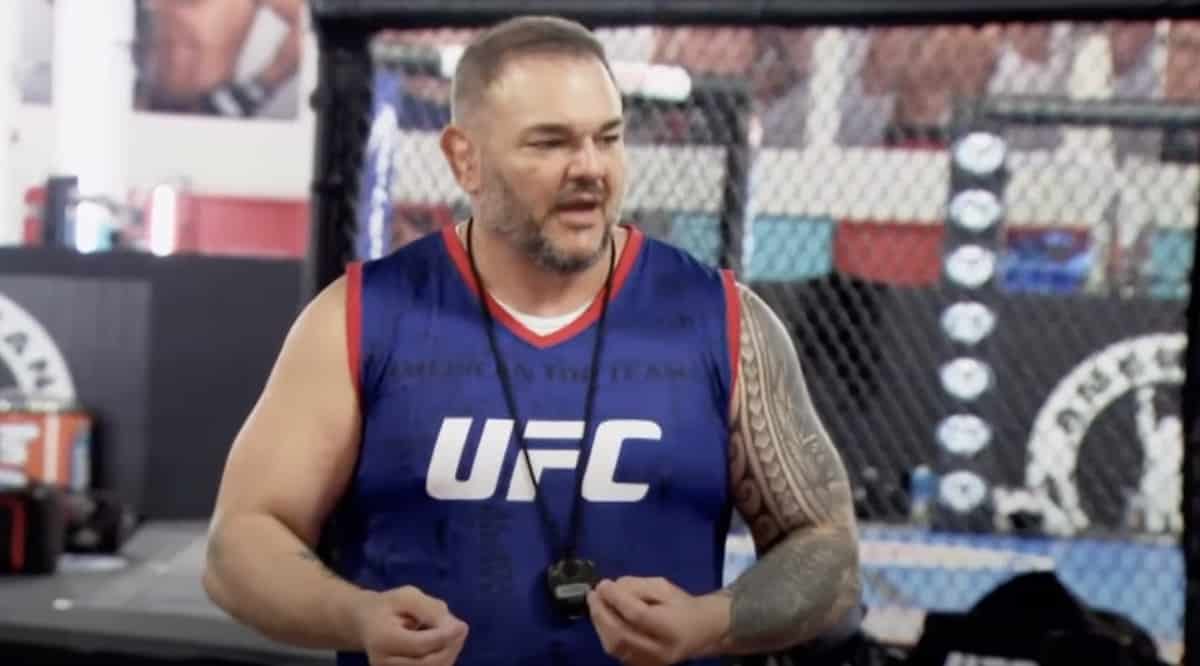 Marcus Silveira grew up in Rio de Janeiro, Brazil and had an immediate attraction to martial arts. From a young age Conan as his friends and family called him began training under Carlson Gracie.

He quickly became one of Carlson’s top students and would regularly compete in Jiu Jitsu competitions. His teammates included Mario Sperry, Murilo Bustamante, and Ricardo Liborio.

After earning his black belt, Silveira would win the Brazillian National BJJ title. Around the same time, Silveira would compete in some of the early bare knuckle luta livre matches in Rio. Winning his first 3 fights before losing to future UFC champion Maurice Smith.

Conan would then fight Sakuraba in the UFC twice and then avenge his loss to Maurice Smith in 1999.

In the late 90s, Carlson Gracie was busy opening his new school in Chicago. Leaving his school in Rio for months, which forced his students like Conan to run classes.

This absence upset many of Carlson’s Rio students, especially since they were left to train for the BJJ world championship alone. A sequence of events happened after this and Carlson barred many of his top students from his academy.

Conan’s teammate Ricardo Liborio would go on to co-found Brazilian Top Team, but it was just for a short stint. This is because while in Florida, Liborio and Silveira were approached by businessman Dan Lambert.

Lambert had an idea to build the premiere MMA academy in the world. Taking the idea that helped create Brazilian Top Team and bringing it to the US.

What he, Liborio, and Silveira would create would become known as American Top Team. At this gym, Silveira would be the head coach and be in charge of overseeing the fighter’s camps.

Since 2001, Silveira has been the head coach of ATT and it is the most successful MMA gym. Over 12 world MMA champions and numerous top fighters in the last 20 years have called ATT home. This has all happened with Silveira at the helm as head coach of the gym.

You could fill a book with the notable fighters that have trained under Silveira at American Top. Some of the best fighters ever including names like Amanda Nunes, Junior dos Santos, Douglas Lima, and Robbie Lawler.

One of Conan’s prized students is the greatest female MMA fighter of all time Amanda Nunes. For the last 6 years, she has cleared out the women’s featherweight and bantamweight divisions.

Conan has been her head coach for much of her career. She debuted in the UFC in 2013 with a 7-3 record.

Nunes would win her first two UFC fights before being stopped by strikes to Cat Zingano. This was the last loss she has suffered to date.

Amanda would go on a historical 11 fight win streak that started in 2015 with a TKO win over Shayna Baszler. Two wins later would set her up against bantamweight champion Meisha Tate, A fight that she would dominate and win by RNC to earn her first UFC title.

She would follow it up with a devastating KO of Ronda Rousey. Her winning ways would continue, which would set her up against Cyborg Santos, one of the most feared fighters ever.

Nunes would shock the world knocking Cyborg out in the first round and becoming the female 2 division champion. This win would crown her the greatest female MMA fighter ever.

Since that win, Nunes has kept her winning streak intact and retained both of her world titles.

From 2008-2012 Junior dos Santos was probably the best heavyweight fighter in the world. He would debut in 2008 with a 6-1 record against Fabricio Werdum, who many assumed would fight for the title.

Cigano would shock the world and put the heavyweight division on notice, landing a devastating uppercut knockout. This would be a trend with dos Santos as he would KO 4 of his next 6 opponents.

Earning him a title shot against Cain Velasquez on the first ever UFC on Fox broadcast. Junior would realize his dream of becoming heavyweight champion, knocking out Velasquez in the first minute of the fight.

He would go on to defend the title once against Frank Mir before losing the title in a rematch against Cain.

After losing the title, Cigano would have an up and down career in the UFC. He would lose his last 4 fights before being released by the promotion.

One of the current best fighters to have never fought in the UFC is ATT vet Douglas Lima. A 3x Bellator welterweight champion and tournament winner.

He made his Bellator debut in 2011 at the season 5 welterweight tournament with a 19-4 record. Lima would win the 3-fight tournament to earn a championship fight against Ben Askren.

Douglas would lose a decision, but bounce back to win the next welterweight tournament and his first title. Then he would lose it again, but would win the Bellator Grand Prix and win back the title again.

In June of 2021, Lima would again lose his welterweight title to undefeated Yarsoslav Amosov.

The legacy of Conan Silveira

The resume of Marcus “Conan” Silviera speaks for itself. He was there at the beginning to build American Top and made it to the great MMA gym in the world.

Conan has helped coached numerous world champions in MMA and BJJ. He and his team’s success has been awarded with 4 nominations for the World MMA Awards gym of the year. Being nominated every year from 2016-2019 and winning the award in 2019.

Silveira has been at the helm as head coach at American Top Team for the last 21 years. There looks to be only more success for Conan and ATT and the future.