Sean O’Malley Reveals Bobby Green Has Genuine Animosity for Him 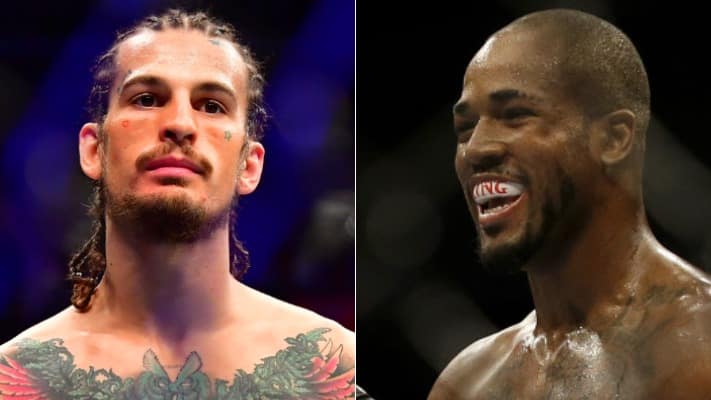 UFC bantamweight contender Sean O’Malley is a rising star in the promotion, and as his stock rises, so do the number of enemies he’ll make along the way, including UFC lightweight Bobby Green.

O’Malley is fresh off his largely dominant performance against short-notice replacement Kris Moutinho, earning the unanimous decision win at UFC 264. O’Malley has been on fire since his devastating loss to Marlon Vera earlier in his career, and has now won back-to-back outings and is moving up the bantamweight division. However, it appears that Green is not a fan of O’Malley, stemming from a recent back-and-forth between the two on social media.

O’Malley gave an insight as to what happened during a recent appearance on the “Timbo Sugar Show”.

“I think initially, he commentated on the UFC that they were giving me easy fights,” O’Malley said. “He was talking shit and I commented: ‘Get fifty thousand followers’ And then he messaged me and said ‘I’m coming for you… ‘He’s lucky he didn’t see me in six or he would have slapped us or something. So, that’s cool. Like dude, why can’t we be friends.”

O’Malley and Green will more than likely never meet in the UFC octagon, as there’s a 20-pound difference between the two when they enter their fights. But, the beef between the two appears to be heading towards a climax.

Green recently fell to Rafael Fiziev at UFC 265 by unanimous decision but engaged in a great fight with one of the promotion’s brightest prospects.

Green isn’t the only one that has had beef with O’Malley. Former UFC bantamweight champion Cody Garbrandt has had his fair share of things to say about the “Suga Show”, along with former champion Petr Yan.

It’ll be interesting to see if the two run into each other at any upcoming UFC events; because if their recent back-and-forth is any indication, it probably won’t be a respectful meetup.

What are your thoughts on the beef between Bobby Green and Sean O’Malley?