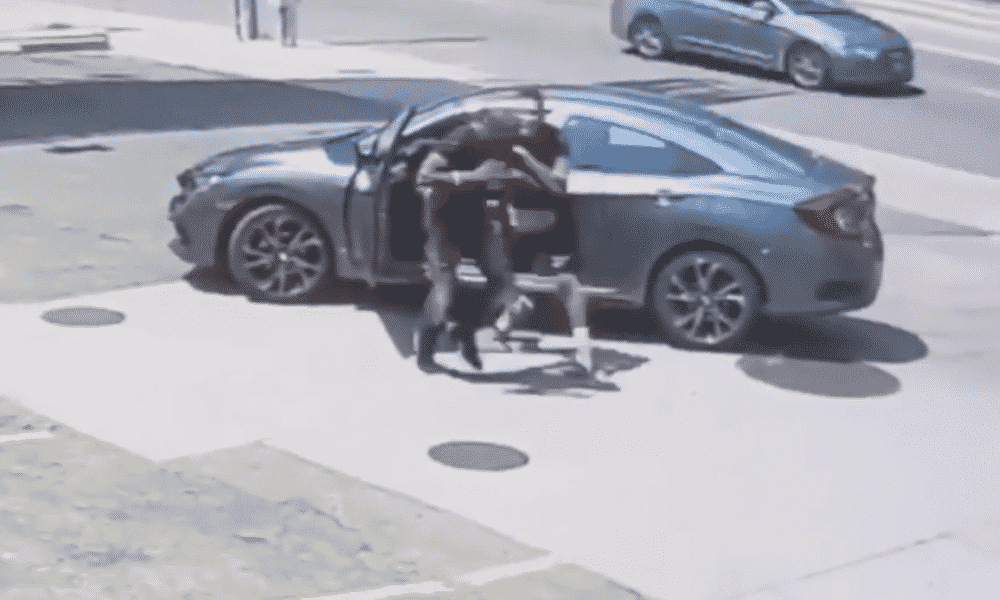 UFC welterweight, Jordan ‘Bomaye’ Williams has shared CCTV surveillance footage of a would-be car thief, attempting to steal his car while he was shopping — before pulling the assailant out of the driver’s seat, not before landing multiple knee strikes.

Williams, a two-fight veteran under the UFC’s banner, posted a video on his official Instagram account, which shows a man checking the door handle of his car before opening the driver’s side door and sitting into the vehicle.
After a short while, the man then turns the car on and begins reversing out of the parking lot. At the same time, footage shows Williams leaving through the shop’s front door, before running toward his now in motion vehicle.

Opening the driver’s side door, Williams clinches the assailant — landing at least three knee strikes, before pulling the man from the vehicle, who then takes off beyond reach of the CCTV camera.

Posting the clip on his official Instagram account, the Wisconsin native claimed that he would have preferred to land numerous ground strikes on the would-be thief before he took off, as well as attempting to net himself a sponsorship with a fannypack manufacturer.

“So someone tried to steal my car today #thatfannypacktho,” Willaims posted. “If you are wondering why my car was still on its the same reason why he couldn’t drive away. I have a push to start and my car won’t go unless the keys are within 5 ft of it and I have them on my always. Needless to say, my lesson was learned and I hope so was his.“

“Wish I would of hit him with the trip after the clinch work when I tossed him out of the whip, and finish off with some ground and pound but I’ll settle with getting my car back,” Williams continued. “Also I know you see the stillness of that fannypack, fannyback (sic) game was on point this could be a commercial for them.“

A two-fight alum under the UFC’s banner, Williams earned his Octagon deal with a September knockout win over Gregory Rodrigues on Dana White’s Contender Series.