It did not take long for Arthur Rinderknech and Benjamin Bonzi to discover their passions for tennis. From the moment they both picked up their first racquets at the age of six, the Frenchmen instantly knew they wanted to pursue professional careers.

Now, with their dreams realized, the 26-year-old Rinderknech and 25-year-old Bonzi have announced their arrivals in 2021. Two of the newest members of the Top 100 in the FedEx ATP Rankings, they are proving that it’s never too late to crash the party.

Rinderknech, a native of Gassin along the French Riviera, has the game in his DNA. Both parents played professionally and a young Arthur was drawn to the court from a young age. Despite being better at soccer in his early teens, he says tennis was a natural choice. His journey would take him from the south of France to the U.S., where he shined in four years at Texas A&M University, before turning pro.

“It’s a very special achievement, but this is not the end of my journey,” said Rinderknech, who cracked the Top 100 on 19 July. “It is something that no one will be able to take away from me. Doing it in a few weeks window with a good friend like Bonzi is also really cool, because we have been with each other [in the FedEx ATP Rankings] week-in and week-out for a few months now. So achieving this goal together is really great as French players. I want to thank my team and all the people that continue to help me along the way to get better every day.”

Bonzi, meanwhile, has an equally unique path to the professional circuit. His older cousin played at the local club in their hometown of Nimes, and a six-year-old Benjamin didn’t want to be left out. He would soon take his bicycle to the club every day for lessons, as his passion for the game blossomed. He eventually made the move to Paris to train at the French federation. After nearly five years battling on the ATP Challenger Tour, Bonzi’s Top 100 arrival, at the age of 25, is even more special.

“It’s cool to have more French players in the Top 100,” said Bonzi, who made his Top 100 debut on 2 August. “With Arthur, we played a lot of tournaments together this year and it’s been kind of a race between us. We always have the same results and we reached the Top 100 at the same time. I’m happy for him, but this is not the end of the race between us.”

In 2021, all eyes have been on the stars of tomorrow as they realize their potential on the ATP Tour. The Top 100 of the FedEx ATP Rankings has featured a new wave of #NextGenATP breakthroughs, with the likes of Sebastian Korda, Lorenzo Musetti, Carlos Alcaraz, Brandon Nakashima and Jenson Brooksby all making their debuts amidst great fanfare.

While this fresh crop of stars has certainly made their mark, Rinderknech and Bonzi are carving their own paths. All roads to the Top 100 are created differently.

Get To Know Arthur
Under the guidance of longtime coach Sebastien Villette, the 26-year-old Rinderknech is setting an example for all international players that have made the decision to take the college route in the United States. A former Top 10 junior in France, he admits he wasn’t ready to take the next step at age 18.

“I started really early and naturally loved being on the court,” Rinderknech reflected. “My dad (Pascal) was Top 50 in France and my mom (Virginie Paquet) was almost Top 200 on the WTA Tour, but she had a knee injury and had to stop. For me, I was playing pretty well in France in juniors but I was honest with myself and I knew how hard it is on the tour. I was 18 years old and I wasn’t sure I wanted to start playing as a professional. But I wanted to go to the states and enjoy what I do, and at the same time study because you never know what will happen. You could get injured tomorrow, so it was good to get my diploma. I really enjoyed my four years at Texas A&M.” 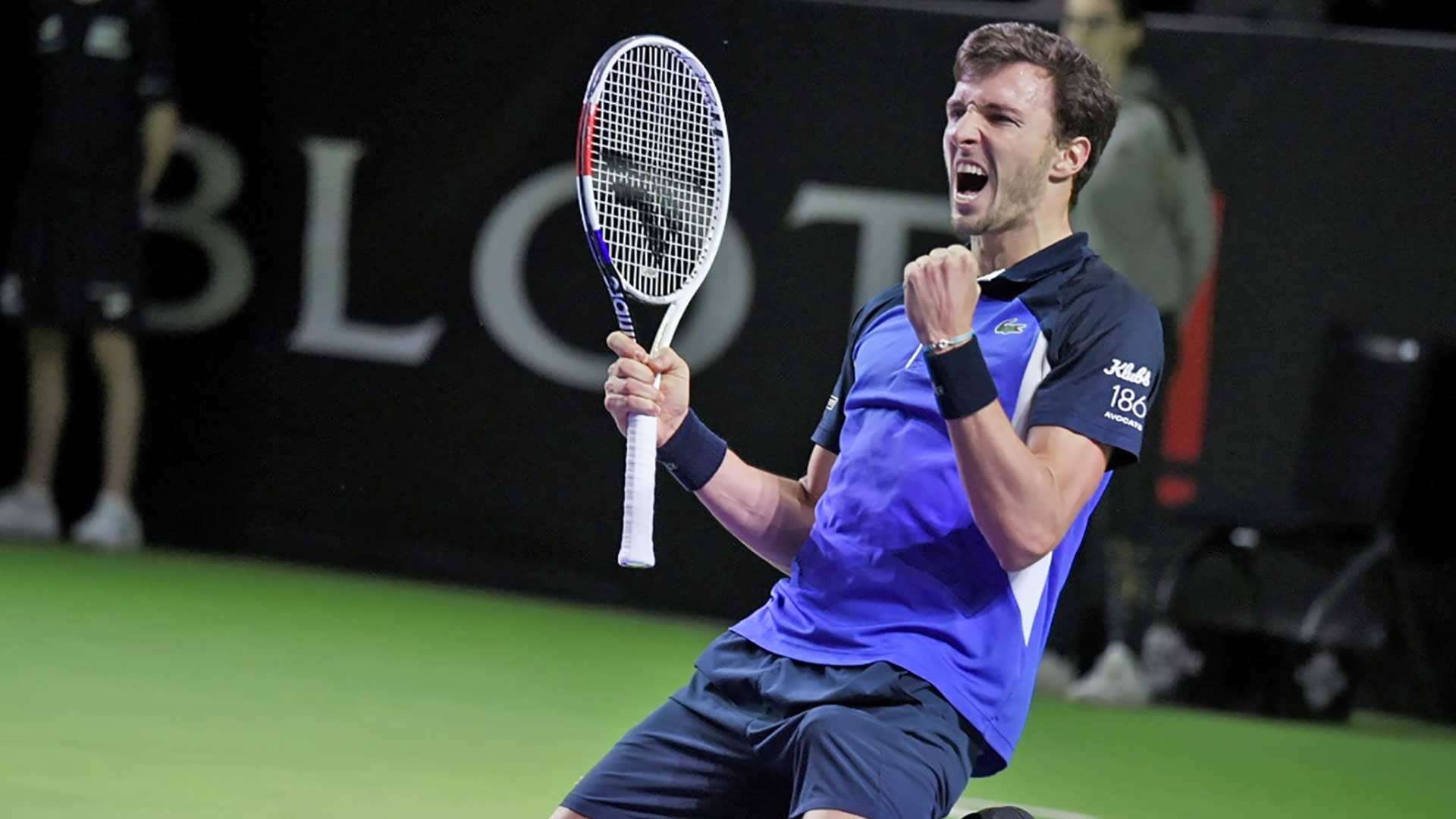 Rinderknech starred for the Aggies, earning all-American honours in three years at College Station. With former World No. 12 and longtime Texas A&M coach Steve Denton guiding the young Frenchman, he believes that his college experience not only helped him develop his game between the lines, but mature off the court as well. Rinderknech graduated in 2018 with a degree in business.

“Steve was No. 12 in the world and knows what’s going on and can help me to improve. And for academics, I wanted to be pushed. I wanted a school that is recognized in Europe as well, because I will spend my life there. It was a really good combo and I wouldn’t change anything if I could do it again. When I graduated, I knew I was ready and motivated to turn pro and see what I could achieve.

“When you’re a foreigner in college and you go to the other side of the world to learn a new language and a new culture, that helps you on the pro circuit. When you’re traveling alone, you can be more focused and just try your best. It also helped me not get upset over the little things.”

It may have taken him a couple years to find his footing on tour, but Rinderknech has taken the pro circuit by storm in 2020 and 2021. The Frenchman dominated in his first full season on the ATP Challenger Tour a year ago, posting a 22-12 record and lifting a pair of trophies. His maiden title would come on home soil on the hard courts of Rennes in February, just prior to the COVID-19 shutdown. It was was followed by another crown just weeks later in Calgary, Canada.

Rinderknech would take his talents to the next level in 2021, following a season-opening third Challenger title in Istanbul. He would go on to reach four ATP Tour quarter-finals, before breaking through on the clay of Kitzbuhel last month with his first tour-level semi-final. Moreover, he would secure two Top 20 wins over Jannik Sinner and Robert Bautista Agut along the way.

Now, up to a career-high No. 79 in the FedEx ATP Rankings, Rinderknech is poised to make his mark on the Grand Slam stage in New York. A debut appearance at the US Open is just weeks away.

Get To Know Benjamin
Bonzi’s path to the Top 100 has been just as unique. One of the top juniors in France, the Nimes native has since navigated a long and arduous road to join the elite club.

With the support of his father Philippe, who works for the auto manufacturer Renault, and mother Dominique, an accountant, a teenage Benjamin would travel from tournament to tournament throughout France as he sought to discover his path as a junior. He would soon move to Paris to train at the French federation, before embarking on a professional career at the age of 19.

But as fast as Bonzi began to ascend the FedEx ATP Rankings, rising to the Top 200 as a 21-year-old, he struggled to maintain his form. His confidence waned and he admits his mentality was not in the right place.

“It feels great to be Top 100, but it’s been a long journey to get here and I’ve been through some very tough moments,” said Bonzi. “To be here now and playing good tennis has not been easy, but it’s a great feeling. I exploded at 21, but I had some personal problems and lost some confidence. There were two years that were not so good and I dropped down in the [FedEx ATP Rankings]. I decided to change everything. I changed the people around me and moved to a different city to train. For me, everything changed at this moment and it has paid off right now.” 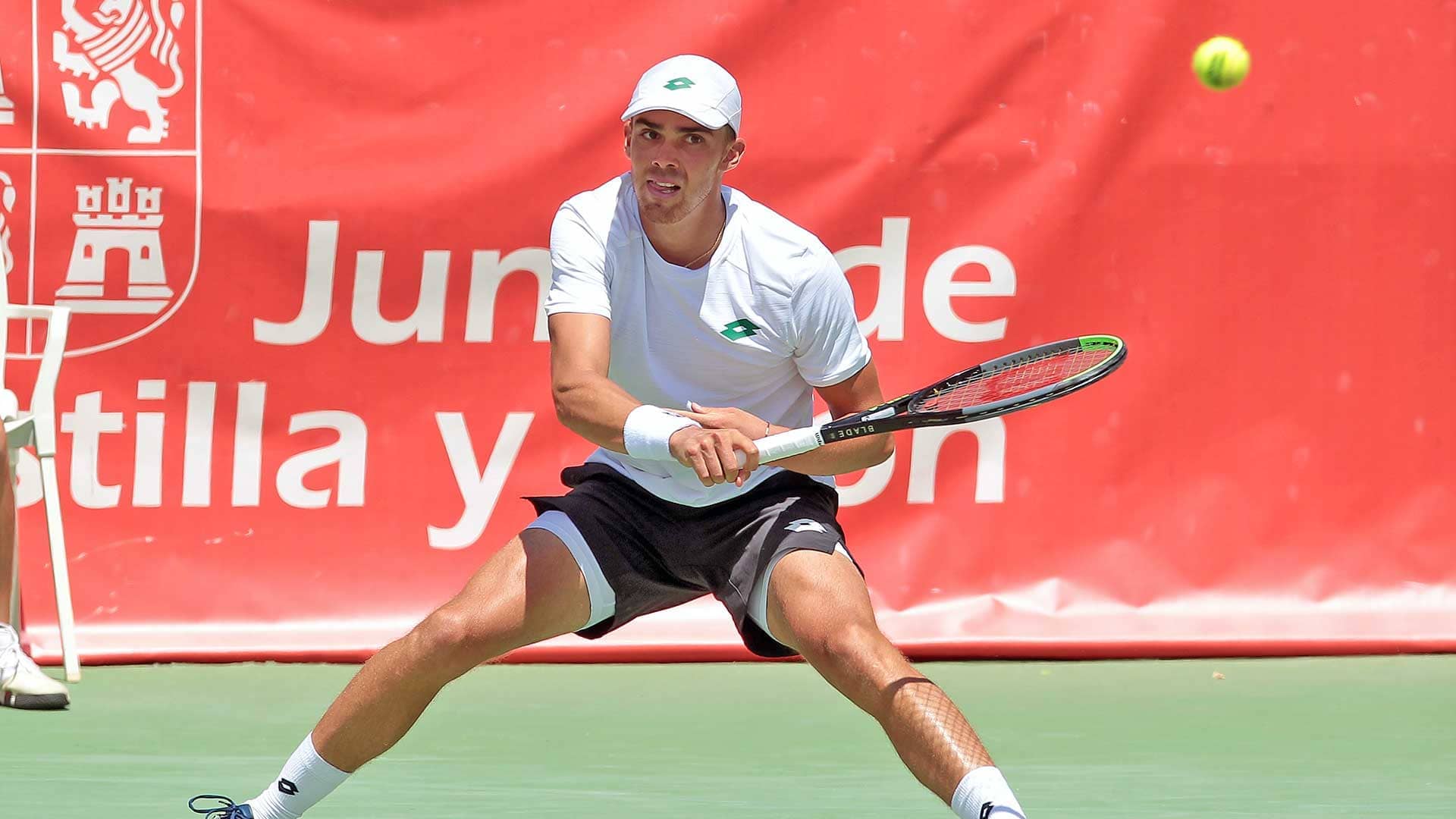 Bonzi rediscovered his passion for the game in 2019, as he overhauled his team, moved his training base and found the right mentality alongside new coach Lionel Zimbler. The transformation was abrupt and critical in order for the Frenchman to take the next step in his career. Not only has Zimbler guided his charge from a tactical side, but most importantly he helped him find a newfound serenity on the court.

“The most important thing is that my mentality is better than it was three years ago. I started with a new coach in October 2019 and that’s when I changed everything. We tried a new way to work and a new approach. The tennis is important, but out of everything in life, working on the serenity and the mental aspect has helped me the most.”

Bonzi reached his first ATP Challenger final in Drummondville, Canada, in 2018, but it would be three years before he lifted his maiden trophy. That special moment arrived in February, when the 25-year-old dominated on the hard courts of Potchefstroom, South Africa. Just two months later, he would add his second crown – and first on clay – in Ostrava, Czech Republic. And it all culminated in July with a third Challenger title of the year in Segovia, Spain, where he would punch his ticket to the Top 100. 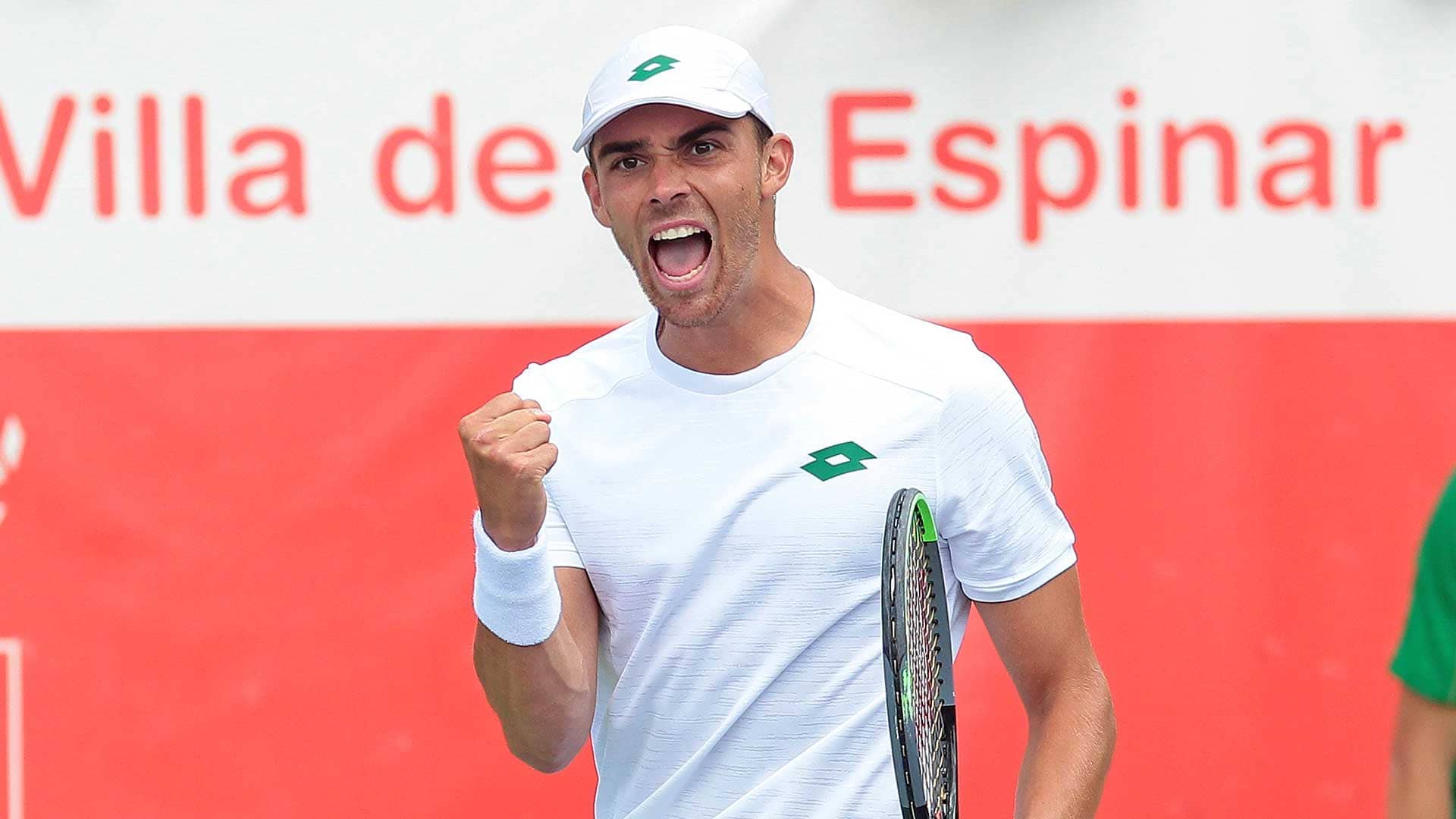 Bonzi says that the best advice he’s received is: “If you worked for it and deserve it, it will come.” After years of knocking on the door, the Frenchman has quickly become one of the more feared competitors on tour in 2021. A ruthless force on the ATP Challenger Tour, he has led the circuit in match wins throughout the year, boasting a 34-11 record. His three titles are tied for the tour lead.

The 25-year-old, who grew up idolizing Roger Federer and nearly faced the Swiss legend at Wimbledon in 2018, falling one win short of a second round encounter, hopes to take his talents to the next level on the ATP Tour. He is already making strides towards that goal, having reached the second round at Roland Garros 2020, which was followed by a first ATP Masters 1000 match win in Paris. And he would earn one of the biggest wins of his burgeoning career at the ATP 250 stop in Montpellier earlier this year, upsetting former World No. 10 Lucas Pouille.

Bonzi is also carrying the momentum from a strong run on the lawns of Wimbledon, having reached the second round as a qualifier. There, he pushed former World No. 3 Marin Cilic to four sets. The Frenchman will look to continue to impress under the bright lights of New York, as one of the players to watch at US Open qualifying later this month.

Murray: ‘I Will Break Through’ Again | ATP Tour