No, you don’t need to double-take that headline. As we approach the Season 7 Formula E finale in Berlin this weekend, there are an astonishing 18 drivers that could mathematically clinch the drivers’ title this weekend.

It’s a pretty crazy statistic, even for Formula E’s standards. Now, I know this championship isn’t for everyone. Whether you dislike the electric element, the noise they make, or the fact that it seems to be the world’s most expensive game of bumper cars, from time to time, there’s no doubting that this championship is seriously unpredictable.

The calibre of drivers in the championship is insane. Although the championship used to have a reputation of being filled with drivers that just missed their shot at F1, it’s now a very respectable career option. 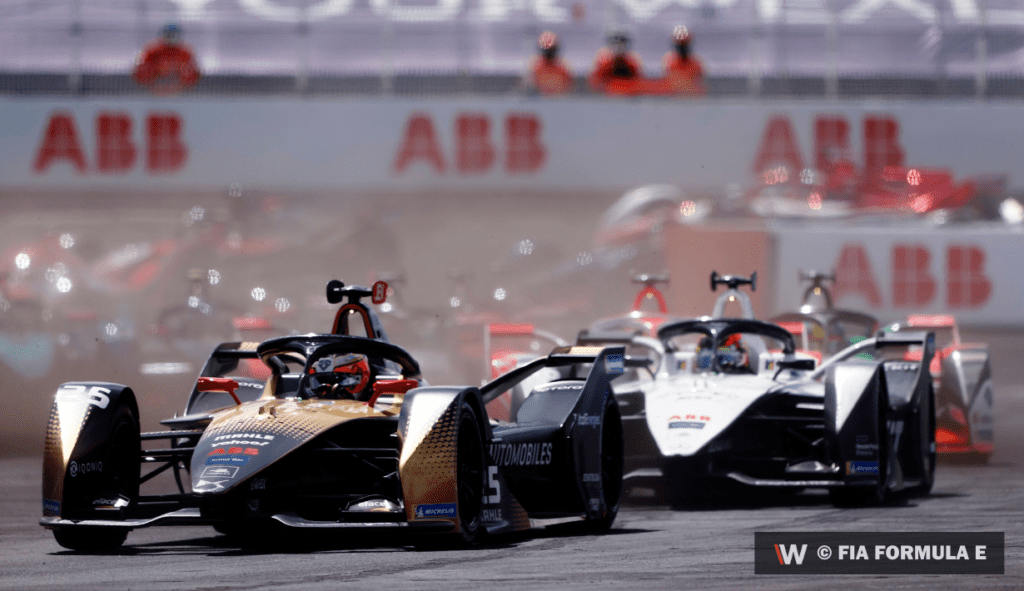 Antonio Felix da Costa, Formula E’s reigning champ, told me that when he started in Formula E, his then-DTM colleagues told him to stay away from the all-electric championship. Those same individuals have since asked him to find them a seat. 2019 F2 Champion Nyck de Vries also joined the paddock and has remained here with the Mercedes team.

With the blend of highly talented individuals, and no team yet dominating the series, we’ve reached the point where 75% of the grid could win the drivers’ championship this weekend. Seriously, we’ve seen 19 out of the 25 drivers that have entered a race this year on the podium in 13 races. 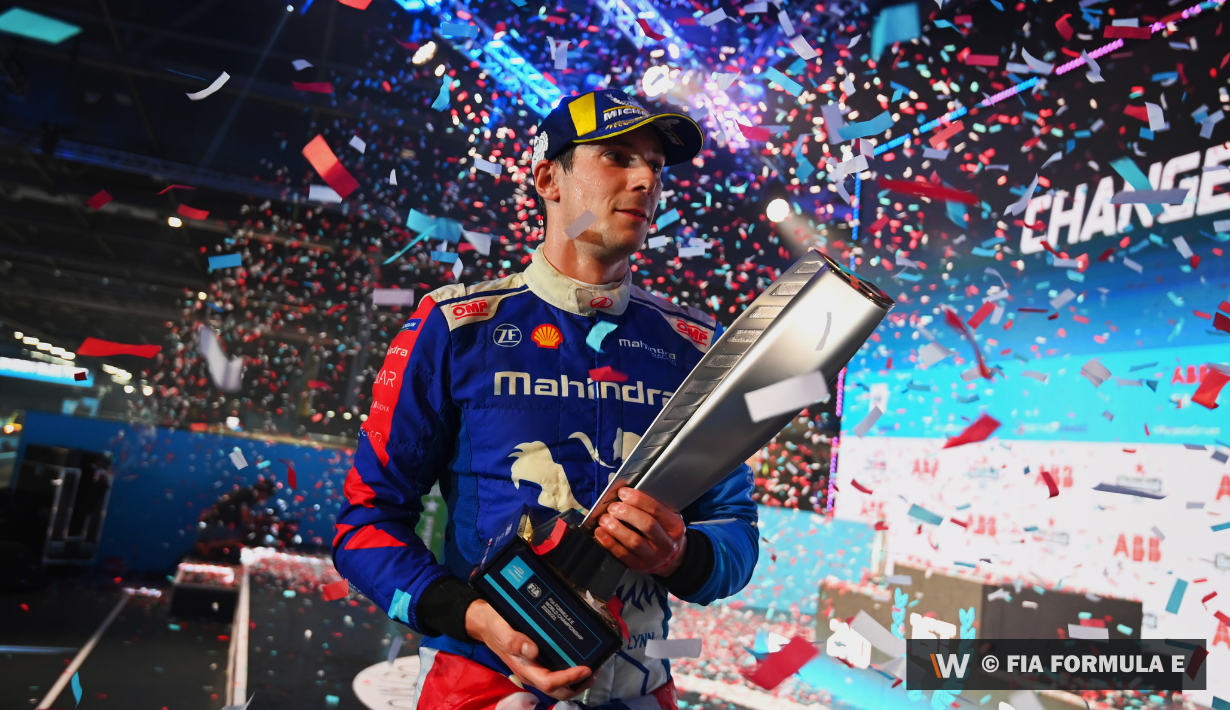 One common misconception about Formula E is that it’s a spec series, that all parts are the same, but this is not the case. Yes, they all have identical batteries, and things like the bodywork on the cars are the same, but underneath the shell is very different. With technical bits like the powertrain being custom, there’s still plenty of room for development.

With so many factors being the same for teams, and with the championship still really in its younger days, there’s plenty of reasons why the racing is so close.

Another big reason that has impacted the running order this year is qualifying. The format the championship uses has been in place for several years now, and to say the drivers dislike it is an understatement. 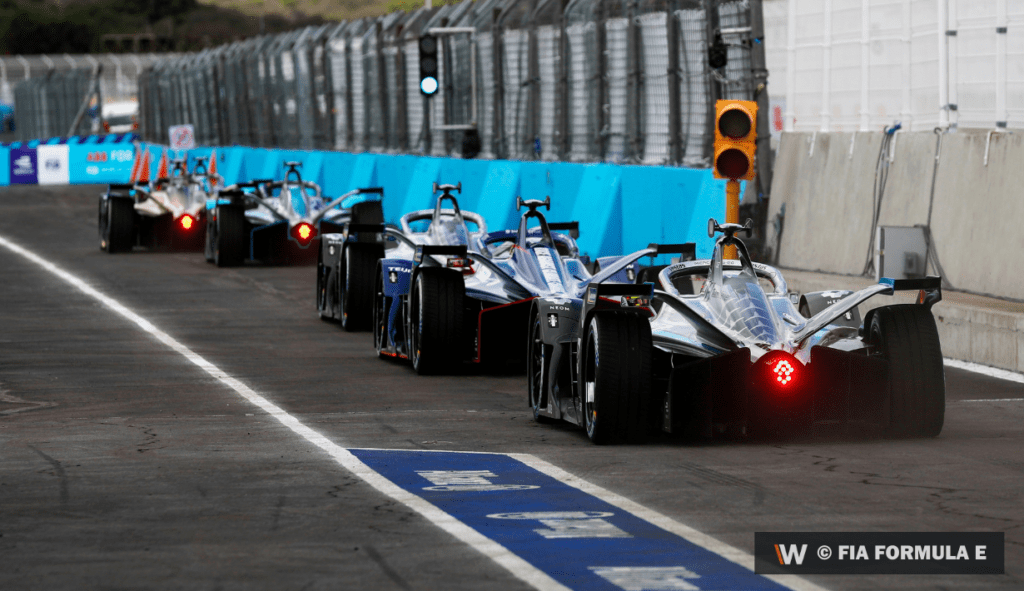 In short, the 24 drivers are split into four groups of six. These groups are organised in current championship order, so you’ll be in group one if you’re leading the standings. If you’re last with no points, you’ll be in group four. Then, once all cars in their respective groups have run, the fastest six go into the Super Pole. From there, it’s a shoot out to see who gets the quickest time.

Sounds simple. However, as we all know, with race circuits, track evolution is a thing. So, those in group one and at the top of the championship normally end up setting slower laps and qualify further down the grid.

With some tracks being… let’s say, challenging to overtake on and cars not being as fragile as we see in championships like F1, elbows come out, and some of the overtakes we see are brave, ballsy and a little bit silly at times. All of it makes for great entertainment, though!

We’ve reached the final two races of Season 7, and it’s a double-header at Tempelhof!

With these factors, we’re now left with 18 drivers from ten teams all battling it out for that championship title. With this being the first year Formula E is an FIA World Championship, too, it’s even more of a valuable prize.

So, who are these 18 drivers that are in with a chance? Well, there are some who have a better chance than others.

Nyck de Vries leads the championship driving for Mercedes as we go to Berlin. He’s on 95 points, with two wins to his name but four retirements and three races out of the points. This is what we mean. Just because he’s top of the standings now doesn’t mean he’ll be there Sunday evening.

Behind him is Robin Frijns, with 89 points. He’s someone that’s been in this championship a long time and still doesn’t really get the recognition he deserves. He’s not yet won a race this year but remains consistent, and that’s a key factor in this championship. 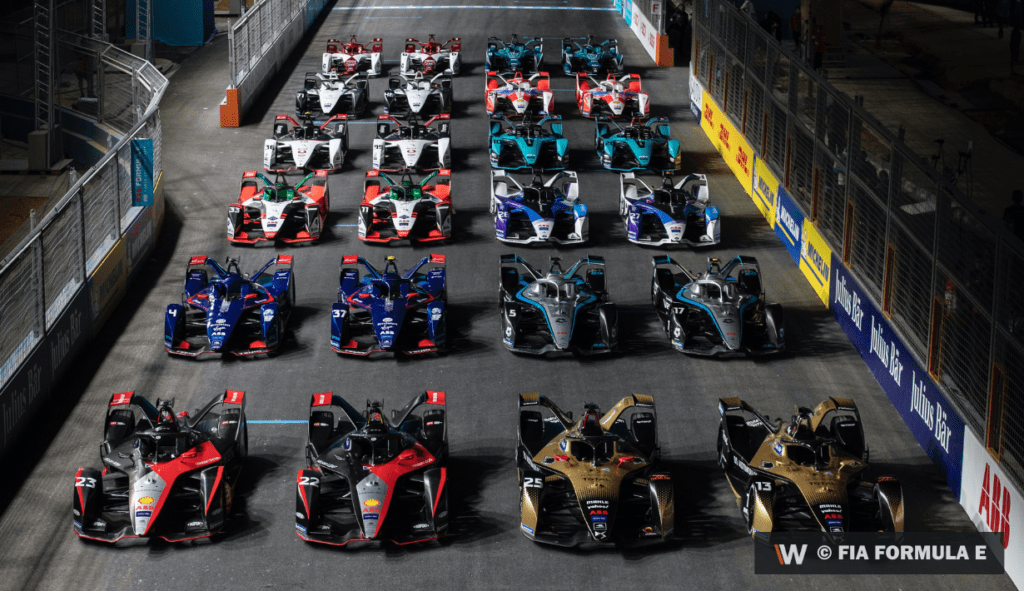 Britons Sam Bird and Jake Dennis are tied on 81 points, with Antonio Felix da Costa just a point behind on 80. Elsewhere, the usual names are still around. Two-time champ Jean-Eric Vergne is still within a chance, as is Lucas di Grassi and Mitch Evans.

Who will win it this weekend? Honestly, who bloody knows.

If you want to catch the season finale, UK residents can watch it on BBC iPlayer over the weekend or check out this link to see how you can watch it where you live. 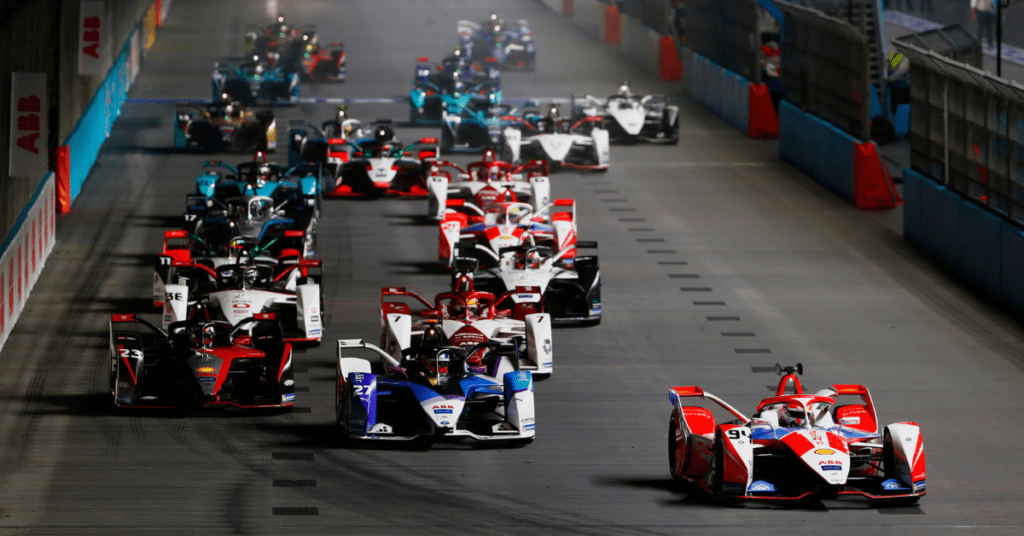