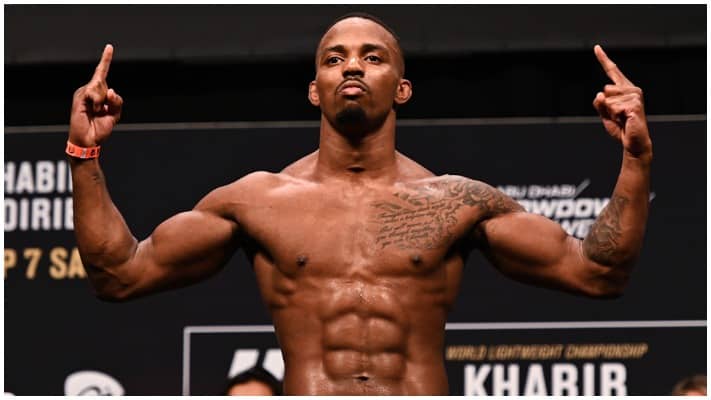 Lerone Murphy has great respect for Charles Jourdain but has no interest in leaving their September 4 fight in the hands of the judges.

‘The Miracle’ has established himself as a potential player at featherweight after going unbeaten in his first three UFC fights.

In a recent interview with LowKickMMA, Murphy talked up his “dangerous” and “unpredictable” opponent.

“Very good fighter,” Murphy said when asked about Jourdain. “Dangerous, unpredictable and he’s in it (the fight) from bell to bell, no matter what, he’s one of them guys that just keeping coming forward through everything.

The Englishman expects their fight to be exciting for as long as it lasts.

“It’s a good fight, man. I think it’s going to be an exciting fight and probably one of the best fights on the card to be honest,” Murphy said. “I bring the heat and he brings the heat. So, it’s just going to be one of them, who lands clean, who wants it more and the best man will win on the night, simple.

Murphy went to the judges in his last fight but has no intention of doing so again. The 30-year-old says he’s made the necessary adjustments in the camp that should allow him to fight hard for the full 15 minutes and hopefully find the finish.

“That’s always the plan (to finish the fight),” Murphy said. “The last fight I felt like I didn’t have the cardio in the last round to push. I had a few issues in that camp, not to make any excuses, but I probably didn’t run the whole camp. I didn’t do no sprints and that’s what I usually do. I feel like that third round should’ve been me pushing forward rather than being on the backfoot counter fighting. That’s an adjustment we’ve been able to make in this camp and hopefully, we can get to get the job done inside the three rounds.”

How do you think Lerone Murphy vs. Charles Jourdain will play out?