Paulo Costa Vows To Be At His Best Against Marvin Vettori: ‘Aggressive & Sober’ 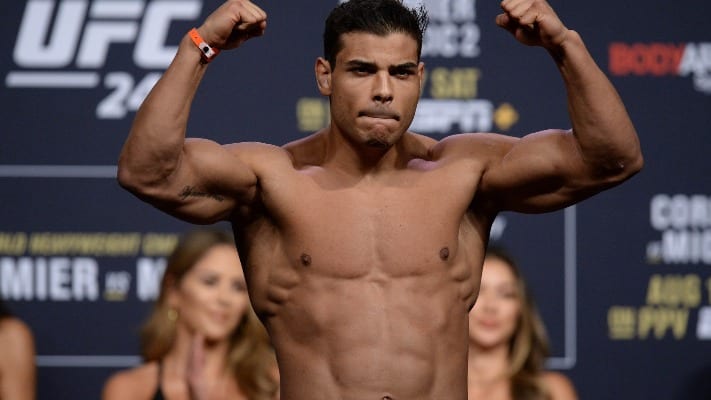 Paulo Costa insists he will be the best version of himself when he squares off against Marvin Vettori on October 23.

‘Borrachinha’ has not fought since September of 2020 when he fell short in his bid to become the middleweight champion. Israel Adesanya easily picked him apart and ultimately found the TKO finish inside two rounds at UFC 253.

Costas was supposed to make his comeback against Robert Whittaker in April but he pulled out of that fight because of an illness. The Brazilian has since been matched against Jared Cannonier but withdrew from that bout due to a financial dispute with the UFC. On both occasions, Kelvin Gastelum has stepped in to replace Costa.

Vettori’s last fight was also a failed middleweight title bid against Adesanya. ‘The Italian Dream’ was unable to make any real impact against ‘Stylebender’ who ultimately eased to a wide points win and snapped Vettori’s impressive five-fight win streak in the process.

Costa, who was ridiculed for claiming he drank a bottle of wine the night before the biggest fight of his life, vows to be better when he returns to the Octagon.

“Everybody will see the old savage Paulo Costa going forward and so aggressive and sober,” Costa told Brett Okamoto of ESPN. I want to finish the fight very quickly, the first or the second round not more than that.”

The Brazilian went on to talk about his mindset heading into this fight and every fight.

“I think about myself, like a gambler,” Costa said. “You know, when I go to the casino, like all in, always, this is the kind of fighter I am. I go all in, always.” (Transcribed by Sportskeeda)

Do you think Paulo Costa will return to the win column when he faces off against Marvin Vettori on October 23?