Yoel Romero Targeted for Bellator Debut by the end of 2021 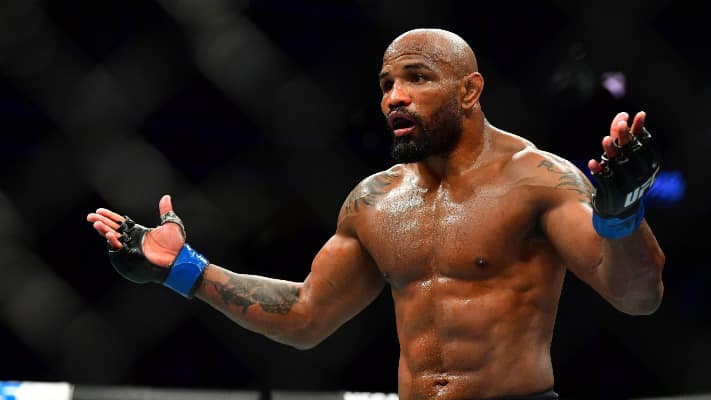 Yoel Romero has yet to make his first appearance in the Bellator cage, since signing with the promotion following a long tenure with the UFC.

That appears to be changing sooner rather than later, as MMA Junkie’s Nolan King reported during a recent conversation with Bellator president Scott Coker.

Romero lost his last three fights during the end of his time in the UFC, including his most recent loss to UFC middleweight champion Israel Adesanya at UFC 248. Before that, he was a mainstay at the top of the UFC middleweight division and challenged twice for the title against former champion Robert Whittaker.

“I think he is cleared now, so I think we’ll be looking to book him and have him fight before the end of the year,” Coker said. “I think he’s good to go on all cylinders moving forward. Give us another week or two and we’ll figure it out and put him on a card somewhere.”

Romero was supposed to fight fellow UFC alum Anthony “Rumble” Johnson in the light heavyweight world grand prix. He pulled out of the fight with just weeks to go in camp and withdrew from the grand prix.

Romero will also make a move to light heavyweight after a series of brutal weight cuts in the UFC trying to cut down to the middleweight limit of 185 pounds. Romero infamously missed weight in his second fight with Whittaker and was ruled out from earning the belt had he defeated the former champion.

Romero adds a ton of star power to the Bellator light heavyweight division that includes the champion Vadim Nemkov, Johnson, Corey Anderson, and other countless prospects.

How do you think Yoel Romero will perform in Bellator?