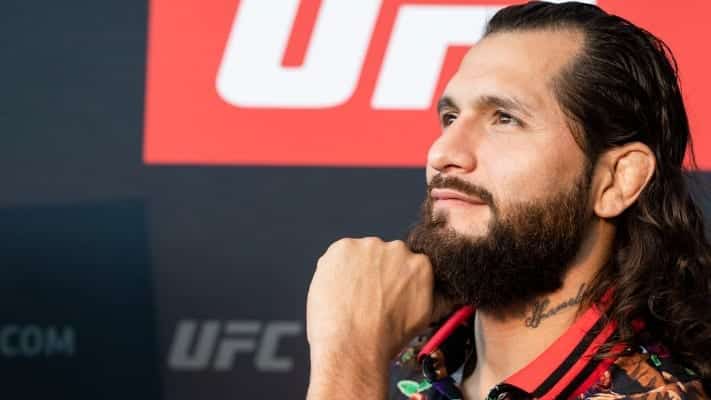 Jorge Masvidal is interested in fighting Gilbert Burns, Leon Edwards, or anyone who helps him close in on another welterweight title shot.

‘Gamebred’ is coming off back-to-back losses to the 170lb champ, Kamaru Usman. Masvidal famously stepped up on short notice to face ‘The Nigerian Nightmare’ at UFC 251. He fell to a lopsided decision defeat but did well to go the distance with less than a week to prepare for the bout.

Masvidal and Usman rematched earlier this year at UFC 261. A full camp didn’t help ‘Street Jesus’ who was sensationally knocked out by Usman inside two rounds.

The 36-year-old remains intent on fighting for UFC gold once again. During an appearance at Dickies Arena on Friday, Masvidal namechecked Burns and Edwards when asked about who his next opponent will be.

“I don’t know man,” Masvidal said. “I mean, sh*t, Durinho is calling me out. If we can make it pop with Durinho, Leon [Edwards], anyone of these guys that gets me closer to the belt.”

Burns got wind of Masvidal’s call out and suggested they throw down later this year.

“Hey @GamebredFighter you know it’s all respect from me, let’s dance in November or December,” Burns wrote on social media. “I’m ready my guy #supernecessary let’s do this”

Burns is also coming off a loss to Usman. The former teammates faced off at UFC 258 earlier this year. The Brazilian started well, dropping the champion in the opening round. Usman quickly rallied to dominate Burns in round two before finding the TKO finish in round three.

Edwards has distanced himself from a fight with Burns in recent days. The Englishman is currently riding a nine-fight win streak and seems to be next in line for a title shot. ‘Rocky’ could well sit out and wait for the winner of Usman vs Covington II or maybe a grudge match with Masvidal will entice him into the Octagon for the third time in 2021.

Who do you want to see Jorge Masvidal fight next?