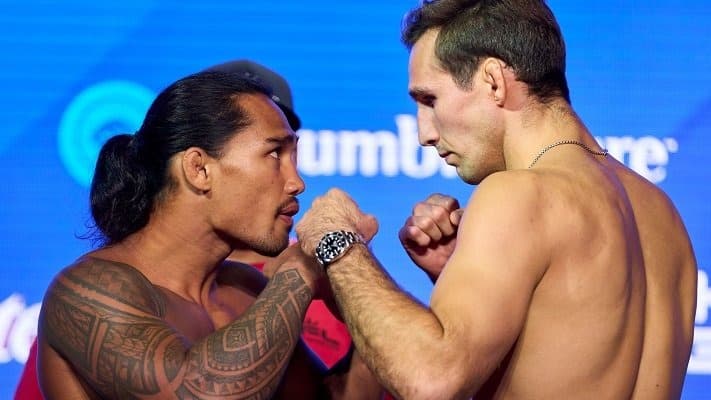 After months of being the forgotten PFL champion, Ray Cooper III silenced the doubters with a dominant win over Rory MacDonald to move on to the 2021 PFL welterweight championship.

Cooper, an elite striker with power that can knock almost anyone out inside the cage, decided to showcase his grappling against the former Bellator champion MacDonald. Many around the MMA community believed that this would be a striking war, but Cooper’s gameplan was anything but striking-based.

The second round started to go slightly better for MacDonald, who seemed to have all kinds of issues dealing with Cooper’s takedowns and ground-and-pound from mount. He was unable to work into anything substantial off his back, which resulted in suffering from brutal strikes from the always-violent Cooper on the mat.

MacDonald was able to get the fight back to the striking aspect after the referee briefly moved the fighters up to their feet due to a lack of action by Cooper in the second round from the top position. But, MacDonald’s time back in his comfort zone wouldn’t last long as he was quickly taken down and bullied by the determined Cooper.

With the fight seemingly already in hand, Cooper opened up the third and final round with a barrage of hands that nearly connected to MacDonald. After briefly looking for the finish on the feet, Cooper secured the win on the ground and earned the unanimous decision victory.

Cooper will face former PFL champion Magomed Magomedkerimov in the PFL welterweight finals in a rematch from the first season of the league. Cooper earned the 2019 championship over David Michaud by knockout to get the belt in emphatic fashion.

This season was MacDonald’s first with the league after long tenures with the UFC and Bellator.

Check out some of the highlights from Cooper’s incredible performance against MacDonald in the PFL Playoffs.