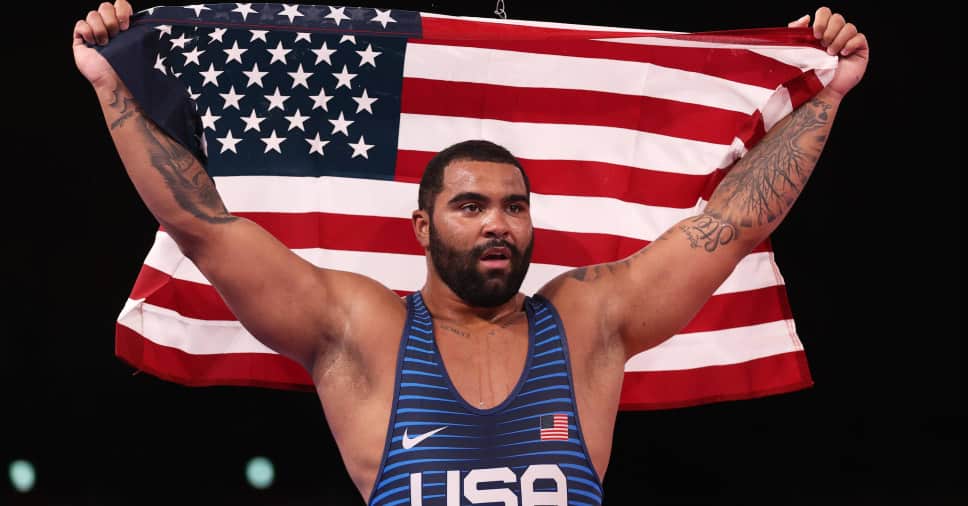 Bellator MMA leader, Scott Coker has confirmed that the organization has already been in touch with recent Olympic gold medal winner, Gable Steveson’s management firm about the possibility of a widely-speculated transition to professional mixed martial arts.

Coker, who hosted Bellator 264 on Friday night where the decorated veteran, Gegard Mousasi successfully defended his middleweight championship with a third round knockout victory over grappler, John Salter, confirmed during the post-fight conference that the organization had already been in touch with gold medal victor, Steveson’s management.

“I can tell you this, that we’ve already been in touch with his (Gable Steveson’s) management,” Coker said. “I do know that he has a couple years left of school and wants to go back and wrestle. There’s (a) dialogue going on, but he really wants to wrestle right now. If he wants to come to MMA, we’d love to have him here. Nobody builds athletes from wrestling or ground up like we do. I think we’re the best at it. I think we’d be a great home for him.“

At the summer Olympic games this year in Tokyo, Japan, the 21-year-old Steveson clinched the gold medal in freestyle wrestling with a 10-8 score victory over Georgia’s, Geno Petriashvili in the men’s final.

Immediately following his victory over Petriashvili and upon his return to the United States from Asia, speculation began to mount regarding a possible switch from amateur wrestling to mixed martial arts, and in particular the UFC, with many calling for the youngster to follow in the footsteps of fellow Olympians, former two-weight champions, Henry Cejudo and Daniel Cormier, as well as the veteran, Yoel Romero.

At the time of publication, numerous bookies are offering odds on a potential matchup of Steveson and recent interim UFC heavyweight title challenger, Derrick Lewis — placing the 21-year-old wrestler as a betting favorite.