Bruce Buffer Gets The Las Vegas Raiders Fans Hyped Up 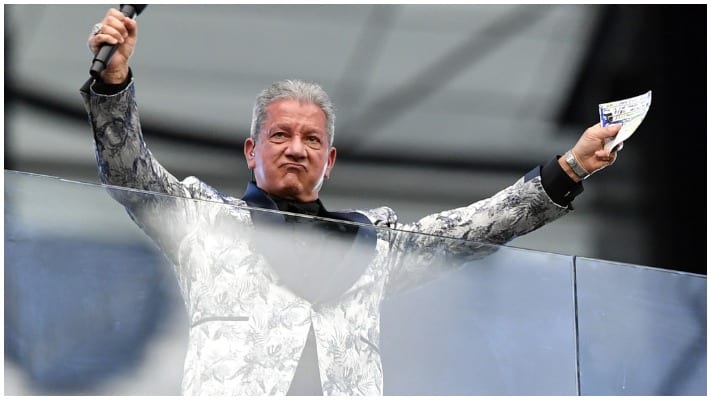 The Legendary UFC announcer Bruce Buffer pumped the Monday Night Football crowd up for the Las Vegas for the game against the Baltimore Ravens.

Buffer is possibly the best sports announcers of all time with his calling card being “It’s time!”. He has been as big as the promotion himself. No one can hype a fight or even a sporting event quite like the legendary announcer. ‘The veteran voice of the octagon’ has been the octagon side announcer for the UFC since 1996. Buffer has hyped some amazing fights and got so into his call that he even tore his ACL and meniscus while announcing names for a main event.

Buffer only made the anticipation for the Raiders season even higher and called the game like he would be calling a championship fight. With Steve Aoki in the DJ booth, the opening of the Raiders season captured the spectacle that is Las Vegas. Not to bad of an opening night with fans at Allegiant Stadium.

Buffer was the best possible way to open up the the fairly new stadium to fans and get those fans hyped up for the 2nd season of Las Vegas Raiders football. The game went on to be a great game ending with a Raiders overtime win. Buffer may just have to open up every game until they lose. I don’t think the fans would have any problem with him opening all the home games like he did for the opener.

The call Buffer had for the game is the best call I personally have ever heard to introduce a football game. It looks like Buffer may have another side hustle ready for him.

Would you enjoy Bruce Buffer announcing the start to Raiders home games?