Pedro Munhoz Wants To Show Off His Wrestling Against Dominick Cruz 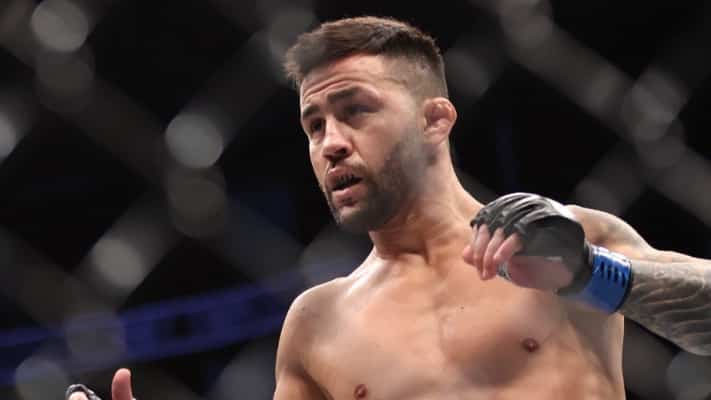 Munhoz is coming off of losses in three of his last four outings against some of the toughest fighters in the bantamweight division, including former UFC champions Frankie Edgar, Jose Aldo, and current titleholder Aljamain Sterling. He desperately needs a win to get back in the thick of things in the stacked 135-pound division, and a win over Cruz would put him back in the conversation.

Munhoz recently took the time to speak with LowKickMMA’s James Lynch and had a lot to say when it comes to how he feels his style matches up with the former champion.

“It’s going to be a very entertaining fight,” Munhoz said. “I’m going to have to find a way to deal with his footwork and cut angles. In my fights, they’re mostly standing up, but I want to focus on my wrestling. Cruz is a guy that likes to engage with the wrestling and the grappling situations, so I’m looking forward to scrambling with him and go after him.”

“I want to showcase different techniques that I’ve been comfortable doing for my whole life that a lot of people don’t get to see.”

Munhoz is mostly known for his hard-nosed kickboxing, as evidenced in knockout wins over former champion Cody Garbrandt along with former UFC fighter Bryan Caraway. While he has eight submission wins over his career, he hasn’t earned a win in the ground game since he choked out Rob Font at UFC Fight Night 119.

Cruz is one of the most cerebral fighters in MMA history and Munhoz will need to show off a bit of diversity to secure the win. Cruz thrives on mixing it up, which it sounds like Munhoz is more than happy to show off his grappling that hasn’t been a real factor in a while.

What is your early prediction for Pedro Munhoz vs. Dominick Cruz at UFC 269?