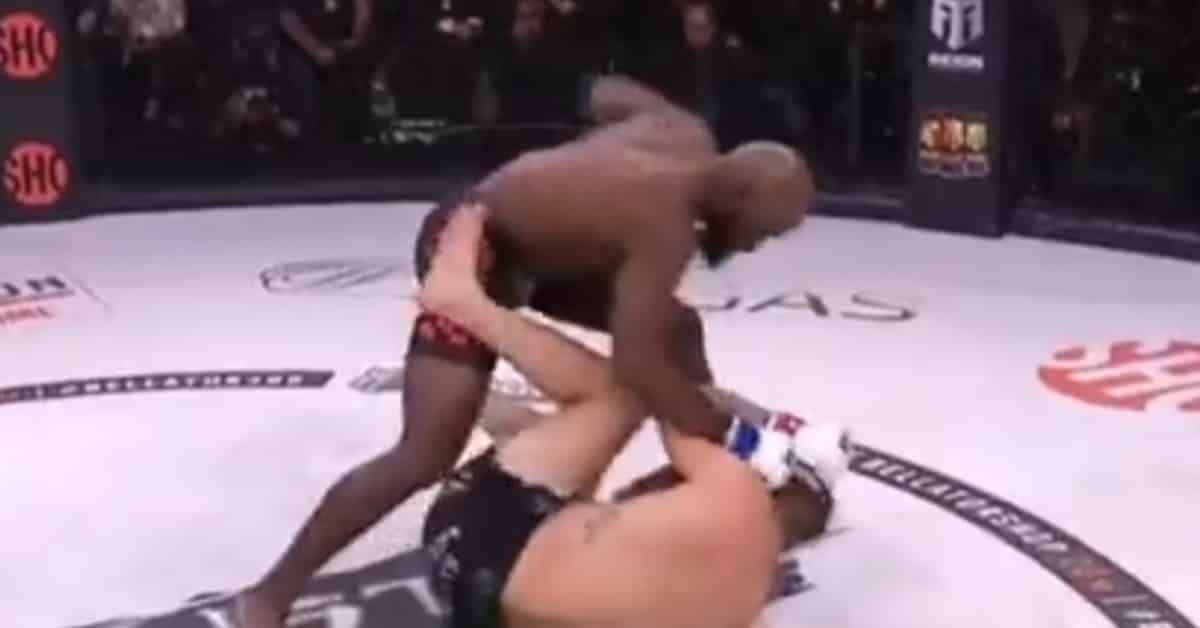 The fight opens up on the feet with both Anderson and Bader attempting to find their range with the jab. Just a minute into the fight, Anderson lands a massive right hand right behind Bader’s ear that drops him down to the canvas below. Anderson follows it up by landing some vicious ground-and-pound strikes that end up finishing the fight in one of the biggest wins of his career.

Anderson came into the fight off back-to-back wins in this new chapter of his career, after an up-and-down tenure in the UFC. Anderson has seemed to found a new home in Bellator after his vicious knockout of Bader to move on to the Bellator Light Heavyweight World Grand Prix finals.

Bader came into the fight after a dominant performance over Lyoto Machida in the first round, and was looking to get revenge against Vadim Nemkov if he could get past Anderson. But, it wasn’t meant to be and Bader will now focus on defending his heavyweight title in Bellator.

Anderson will get his first title shot after falling short time and time again in the UFC. His last fight with the promotion ended on a sour note, as he lost via TKO to the eventual light heavyweight champion Jan Blachowicz in a UFC Fight Night headliner. Before that, Anderson had won four fights in a row over the likes of Glover Teixeira and Johnny Walker.

Check out the incredible knockout below, as Anderson moves on to the Grand Prix finals with a title on the line.