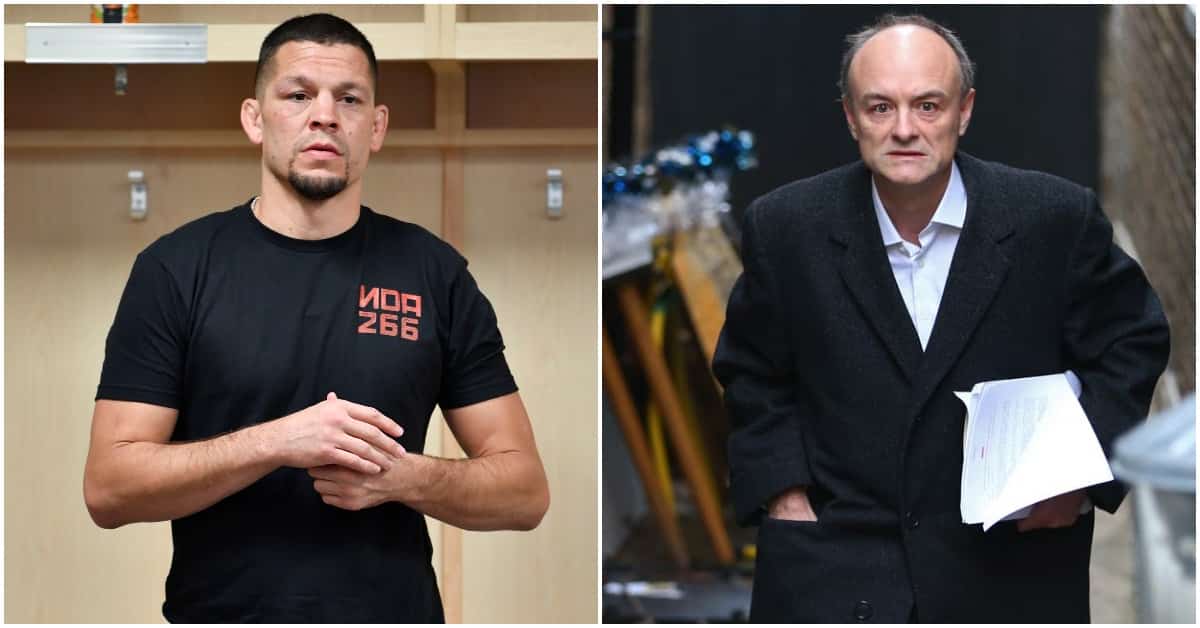 Nate Diaz has been given some career advice from an unusual source.

On Sunday, the UFC fan favourite received a warning about re-signing with MMA’s premier promotion from Dominic Cummings, who served as Chief Adviser to British Prime Minister Boris Johnson until November 2020. Cummings also played a key role in the Vote Leave campaign that saw Britain exit the European Union.

“Do not sign new UFC contract, you will make more cash outside AND @danawhite will come do a deal at some point for trilogy @TheNotoriousMMA fight, but outside you’ll have much more leverage & make more $. Look how they screwed @GeorgesStPierre, now waiting for contract to expire,” Cummings wrote on social media in response to Diaz claiming he’s ready to fight.

Diaz hasn’t fought since dropping to a decision defeat against Leon Edwards at UFC 263 in June. The Stockton, California native was outgunned for large portions of the history-making five-round fight but almost sprung an upset in the dying embers of the bout. Diaz had ‘Rocky’ on wobbly legs in the final frame but was unable to capitalize fully before the round and fight came to an end.

Since then, Diaz has been angling for a fight with rising contender Vicente Luque. The American-born Brazilian has picked up four straight wins including back-to-back victories over Tyron Woodley and Michael Chiesa in his last two bouts.

Both men clearly want to fight and have been publicly calling each other out for some time now but the bout is yet to be finalized. According to MMA manager, Ali Abdelaziz, Diaz has just one fight left on his current UFC deal and the promotion is hoping he signs a new contract before agreeing to book a fight with Luque. Hence the comments from Cummings about opting against re-signing with the UFC to explore lucrative options outside the promotion such as a fight with either of The Paul Brothers.

Do you agree with Dominic Cummings? Should Nate Diaz opt against re-signing with the UFC?