In front of friends and family, Sebastian Baez etched his name in the record books on Sunday at the Racket Club in Buenos Aires. The 20-year-old Argentine triumphed on home soil at the Dove Men+Care Challenger de Buenos Aires, becoming the youngest player to win five titles in a season in ATP Challenger Tour history.

Employing his trademark agility and superior defense, Baez was unflappable as he marched through the draw in his hometown. He took his chances often on Sunday, launching his 5’7″ frame into forehand winners from all corners of the court to upset top seed Thiago Monteiro 6-4, 6-0. It was the #NextGenATP star’s third Top 100 victory of the year.

Baez, who reeled off 10 sets in a row to lift the trophy, is in the midst of a stunning run on the Challenger circuit, securing back-to-back crowns in Santiago and Buenos Aires and posting an 18-2 record since early September. His reward: a career-high No. 112 in the FedEx ATP Rankings, as he continues to plot his charge towards the Top 100.

“The support and warmth of the crowd and my family was incredible this week,” said Baez. “This is the biggest title of my career, for the level I had all week. I gave everything I had on the court. My goal remains the same: to continue improving in every tournament. The results will follow. With my team, we will move towards that objective. I would not be where I am today without them.”

Baez’s latest triumph in his home capital included many impressive scalps along the way. Straight-set wins over former World No. 50 Juan Ignacio Londero, fourth seed Juan Pablo Varillas and fellow #NextGenATP Argentine Juan Manuel Cerundolo was followed by his 75-minute rout of top seed Monteiro in Sunday’s championship. With his serve leaping off the hometown clay, he was broken just twice combined in his last three matches of the week.

With the victory, Baez joins Benjamin Bonzi (6) and Tallon Griekspoor (6) as players with at least five Challenger titles in 2021, adding to victories in Concepcion, Santiago-1, Santiago-3 and Zagreb. In addition, his 86.6 win percentage (39-6 record), is second on tour this year, behind only Jenson Brooksby‘s 88.5 mark. 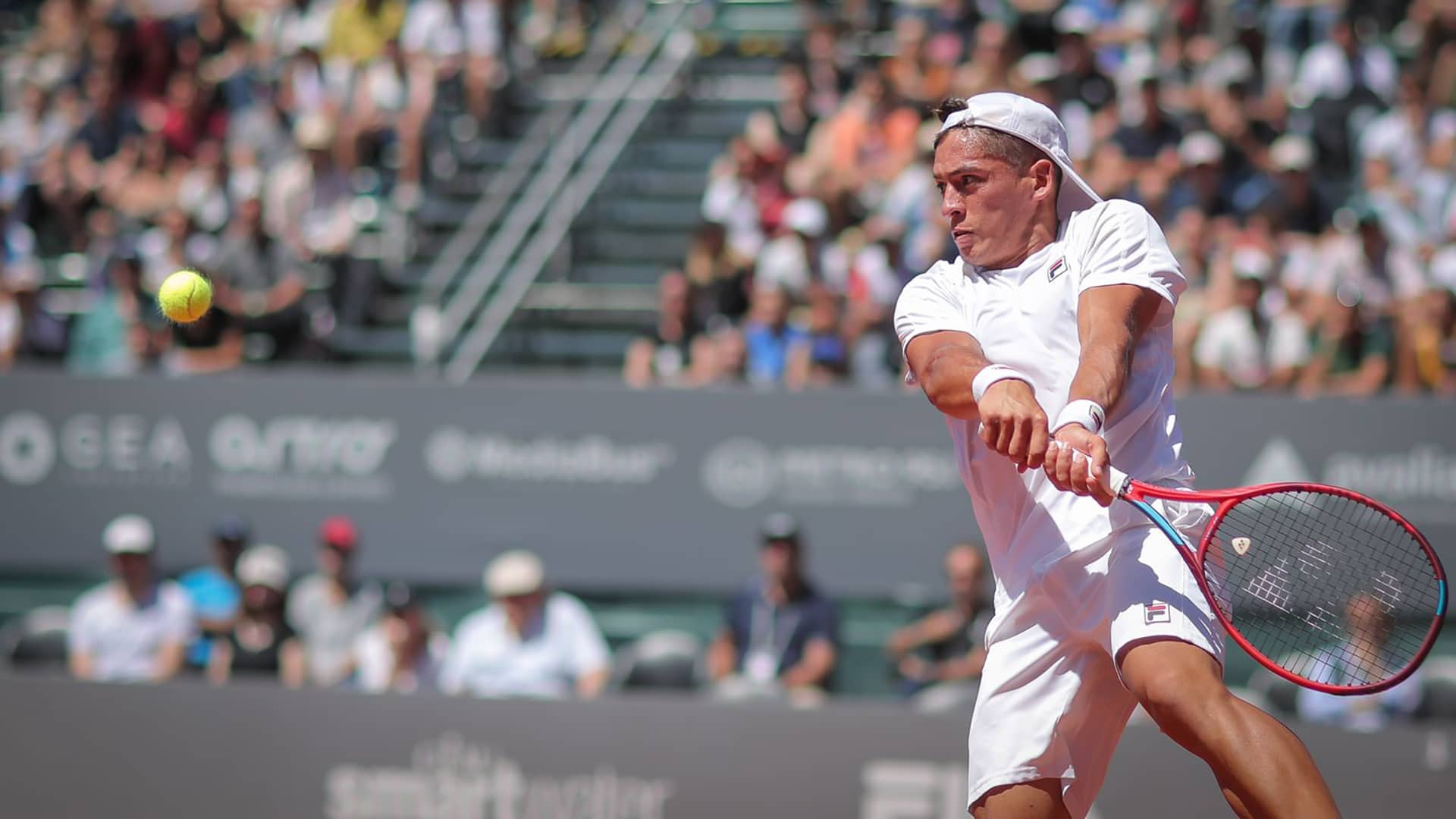 In other action… Gerald Melzer celebrated a long-awaited return to titletown with his first Challenger crown in four years. The Austrian, who ascended to a career-high No. 68 in 2016, has struggled with a chronic ankle injury in recent years. In fact, he was unable to step on a match court for nearly 24 months.

After making his return to action in July, Melzer would reach five Challenger quarter-finals before advancing to the first championship match of his comeback. There, he would not be denied his return to the winners’ circle. The Vienna native overcame a five-hour rain delay and a deciding tie-break to edge Argentina’s Facundo Mena 6-2, 3-6, 7-6(5) on Sunday. It was his eighth Challenger title in total and first in exactly four years, since prevailing in Guayaquil in 2017.

At the inaugural Losinj Open in Losinj, Croatia, it was Carlos Taberner lifting his third trophy of the year and cracking the Top 100 of the FedEx ATP Rankings. The Spaniard triumphed when Marco Cecchinato withdrew ahead of the final due to an elbow injury. The new tournament is held at former World No. 3 Ivan Ljubicic‘s academy on the Croatian island of Losinj.