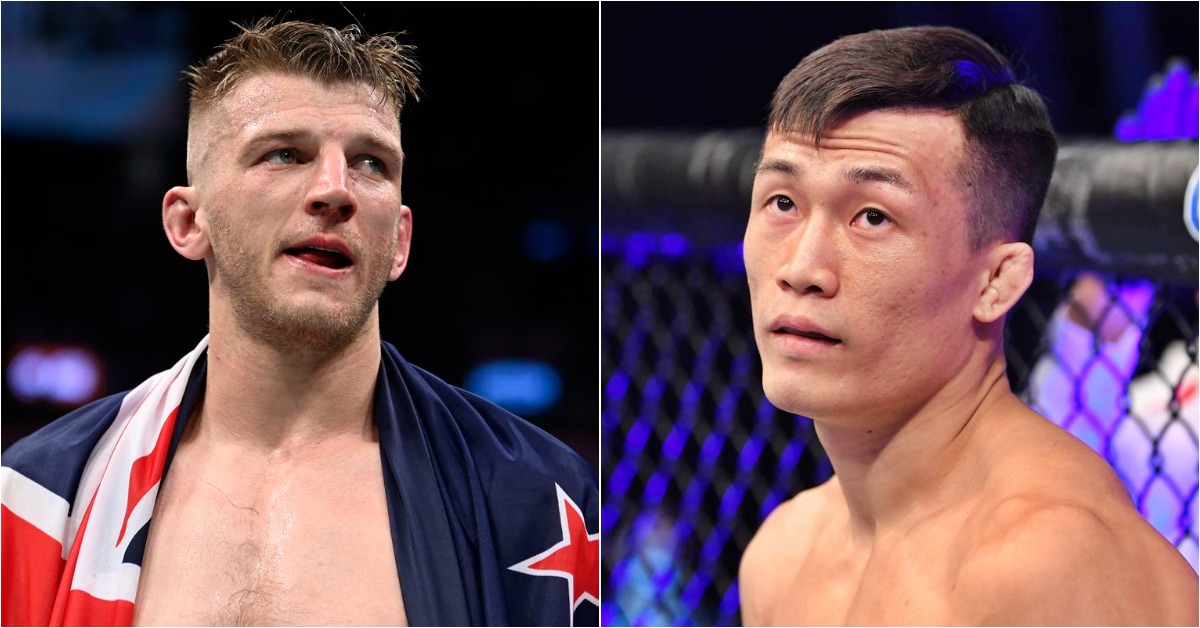 UFC lightweight contender, Dan Hooker has teased a featherweight division outing for the first time since November 2016 recently, following a rough patch at his lightweight home where he currently resides at #8 in the official rankings. And if he makes a featherweight return — has sights fixed on a showdown against the #4 ranked contender, Chan Sung Jung.

Hooker, who most recently featured at UFC 267 back in October on ‘Fight Island’, suffered his third loss in his most recent four Octagon appearances — dropping a first round kimura submission defeat against the surging, Islam Makhachev.

Prior to that, Hooker, who made a short-notice appearance against the Dagestan native — knocked back Nasrat Haqparast at UFC 266 in September with an impressive unanimous decision victory. However, it has not been the plainest sailing run for the Auckland native since the beginning of the pandemic — dropping a pair of high-profile losses to both former interim lightweight titleholder, Dustin Poirier, and a January knockout loss to one-time title chaser, Michael Chandler.

Teasing a move back to the 145lbs limit recently, the City Kickboxing staple utilized a dietician from the UFC Performance Institute whilst he stays in Las Vegas, Hooker successfully made a test weight-cut back to the featherweight limit of 146lbs.

The 31-year-old striker has not competed at the featherweight limit since a unanimous decision loss to promotional alum, Jason Knight five years ago, but maintains that it’s still a possibility that he makes the return to the division for his next outing.

“That’s a strong possibility,” Dan Hooker told Ariel Helwani on The MMA Hour. “The problem was I didn’t really ask, I just talked to Jordi [Sullivan[ and Charles, my dieticians, and that was it really. I just talked to them and just went along and got the job done and did it. I haven’t even talked to the UFC about it, so maybe Sean Shelby’s seen it, maybe he hasn’t. We’ll see.“

When pressed on a potential welcoming party for his return to the division, Hooker claimed that he would be intrigued by a matchup against one-time title challenger, the #4 ranked South Korean favorite, Jung next.

“Head and shoulders, the number one guy that I would love to get in there would be ‘The Korean Zombie’ [Chan Sung Jung],” Dan Hooker said. “I would love to throw down with the zombie.“

“So, I don’t know what the people were saying, that’s why I just put it out there, stepped on the scale, made the weight, and I feel like you just let the people decide,” Dan Hooker explained. “Whoever the people want to see me in there against will kind of convince the UFC. What everyone wants, everyone can get, but for me, it would be head and shoulders, ‘The Korean Zombie’.” (Transcribed by MMA Fighting)

In his most recent Octagon walk, Jung defeated Dan Ige in the main event of UFC Vegas 29 in June — bouncing back to winning-ways following a comprehensive unanimous judging loss of his own against recent title chaser, Brian Ortega in October of last year on ‘Fight Island’.